A CHRONOMETER FROM LIMEHOUSE

In our modern digital age, media and communications rely on satellites and GPS – we have GPS on our phones and even our cameras, there are apps that tell us where our friends are, and you can find any address worldwide on Google earth in a matter of moments. We can hardly imagine what it was like for our ancestors to find their way in a world that to them was still vast, and in places uncharted, mysterious and potentially full of danger. For mariners in particular it was essential to know where you were on the sea and how far you had travelled from your point of departure, otherwise you might never make your way safely to your destination. 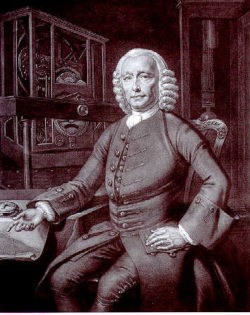 In 1736 John Harrison (1693-1776) made a trial of his first sea clock, known as H1, now on display in the National Maritime Museum. This was the first step in the development of the marine chronometer, an accurate timepiece which would allow sailors to measure longitude and chart their journeys across the earth’s oceans by measuring the time at a known location. Harrison’s story was told with great empathy by Dava Sobel in her bestselling book Longitude (1995). Harrison spent over 30 years testing and developing sea clocks and watches, and his work would ultimately lead to great innovations in naval navigation, helping to advance Britain’s colonial empire. 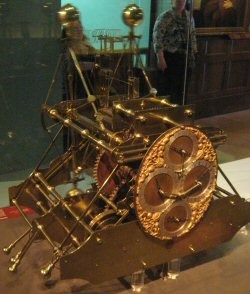 From the 1780s marine chronometers were being produced in sufficient numbers and gradually became more affordable – by the middle of the nineteenth century they were viewed as a standard, and essential, piece of equipment on a navy vessel or merchant steamer. Their importance cannot be underestimated – it has recently been hypothesized that the famous ghost ship Marie Celeste may have got into difficulty due to a faulty marine chronometer, which had been rented for the journey by the ship’s owners – its faulty time readings could have led the ship off its projected course without the Captain realising there was a serious problem. 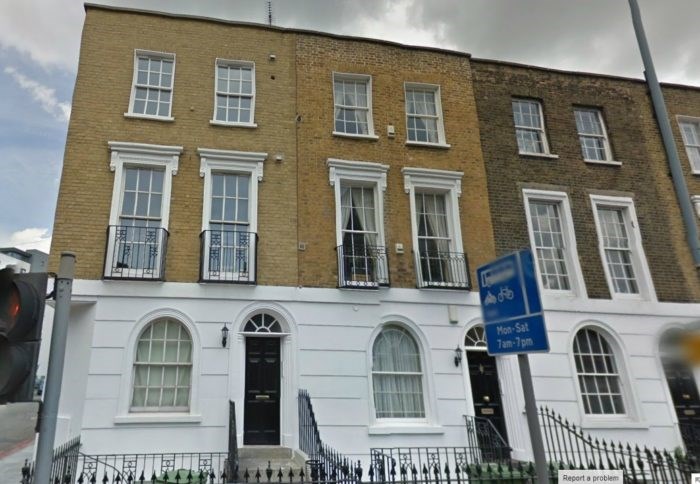 Specialist chronometer makers could be found in major ports, including London, Liverpool and Southampton. One such maker was Charles Wieland (active c 1829-1879). Wieland had a shop at 12 Warkworth Terrace, Commercial Road, in Limehouse. Wieland seems to have set up shop here as early as June 1829, when he took out a Sun Fire Insurance policy, which listed him as a “chronometer and watchmaker” (National Archives, MS 11936/517/1092537). 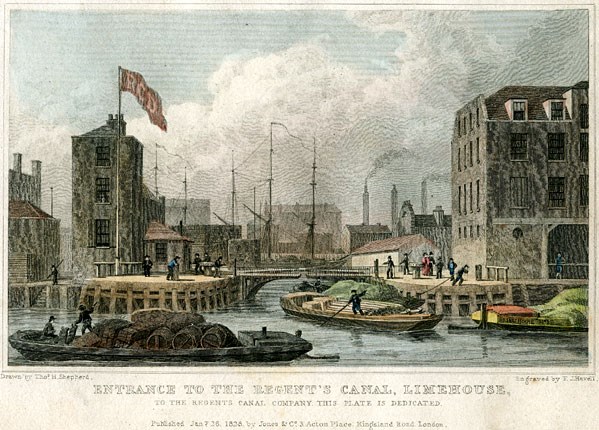 Limehouse was an obvious place to set up this specialist business, at the very heart of merchant shipping in the port of London. Limehouse had been home to sea captains and the shipbuilding trade since medieval times, the riverside studded with wharves, docks and warehouses. In 1820 this business grew further, with the construction of the Regents Canal Dock at Limehouse Basin, the end of an extensive system of canals, including the Grand Union Canal, which moved goods between London and Slough, Northampton, Leicester and Birmingham. 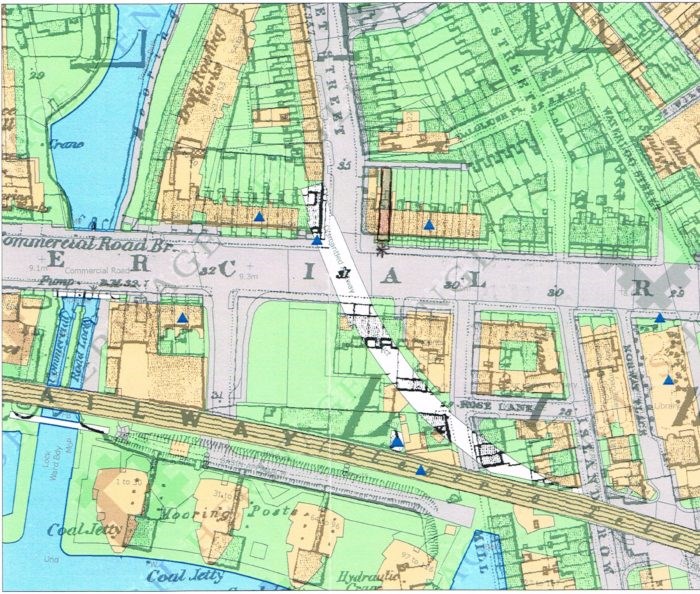 Limehouse was also a major distribution point for coal, both for domestic use and to supply the growing number of steamers docking in London. While the canal business gradually declined following the development of the railways in the mid-nineteenth century, Wieland could not have picked a better place for his business, just a stone’s throw from the dock entrance and a steady stream of potential new customers. 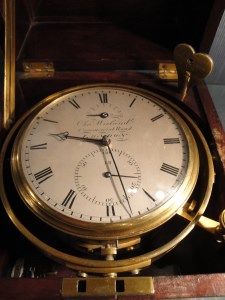 A fine example of Wieland’s work is a brass and mahogany eight-day marine chronometer, now in the possession of Raffety Fine Antique Clocks in Kensington Church Street. The Substantial gimbal-mounted bowl enclosing the eight-day fusee movement with the signed, circular silvered dial engraved with the maker’s name “Chas Wieland Commerical Road London,” and numbered 13 within the seconds ring. The dial has blued-steel hands. The glazed bezel is pinned in position, rather than utilising the more conventional screw thread to give access. The spring-detent escapement is planted within the pillared subplate and engraved “Eiffe’s invention applied June 1846.” The mahogany three-tier case has brass corners and side carrying handles. 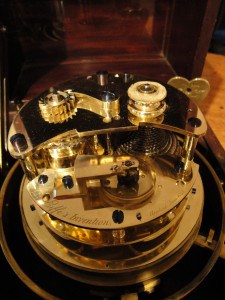 John Sweetman Eiffe made a number of improvements to chronometers in the 1830s and 40s, which helped ensure their accuracy under differing temperature conditions. His innovations were seen to be so useful that the Lords of the Admiralty awarded him a prize for his work. Eifffe’s findings were published in 1842 and he took out various patents for his inventions (Eiffe, Account of Improvements in Chronomters by John Sweetmand Eiffe, London 1842). 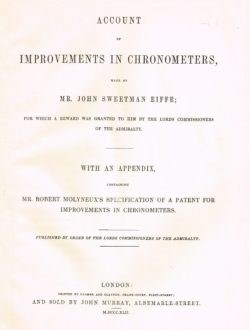 The title page of Eiffe’s book on his improvements to chronometers, 1842

As Wieland had been in business in the Commercial Road since at least 1829, the early numbering on this chronometer may refer to a group of chronometers made employing Eiffe’s patented device, and therefore could be dated to 1846 or later. It might also have had Eiffe’s temperature compensator added at a later date. However, this chronometer was probably made before October 1858, when Wieland  took out his own patent, number 2386, at the Office of the Commissioners of Patents for Inventions, for “the invention of certain improvements in chronometers, watches, and such like time keepers.” (The London Gazette, November 5, 1858, p.4717). Having made the effort to take out a patent himself, one could surmise that chronometers made after 1858 might well have advertised Wieland’s patented “improvements” somewhere on the timepiece. 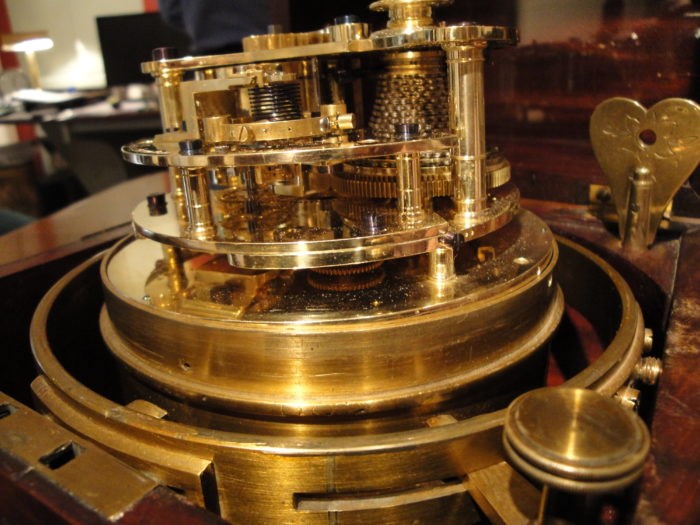 Wieland’s career seems to have been fairly successful, and he made chronometers for the Admiralty (Mercer, p.257). We do not know when he died, but he was trading from the same shop in Warkworth Terrace, Limehouse (re-numbered 699 Commercial Road in 1872) until sometime after 1876. He probably died or retired before 1881, as he does not appear on the census that year, although his son Charles Frederick Wieland, was living at his father’s old address. Charles Frederick may have sold off his father’s remaining stock upon his death, possible evidence of this being a Wieland chronometer purchased by D McGreggor & Co of Liverpool for re-sale sometime around 1879 (Bonhams, 24 April 2013, lot 6). The son did not follow his father into business, instead becoming a plumber and gas fitter. This was probably a more profitable trade by the late 1870s, when Limehouse Basin’s heyday was on the wane, the basin having become too small to accommodate the larger steamships then in operation.

By Tara Draper-Stumm and Nigel Raffety

John Sweetman Eiffe, Account of Improvements in Chronometers … with an Appendix (London, 1842)