Our selection of fine English & European antique mercury barometers date from the 17th to the 19th centuries. We stock antique stick and wheel barometers set in a variety of wood cases including walnut, mahogany, rosewood, and satinwood, some with additional mother of pearl and marquetry inlays.

For the British the first topic of conversation is often the weather and thus barometers have been a popular feature of the home since the 18th century. However, the barometer was originally intended for measuring the weight of the air and not indicating the weather. In the early 17th century the barometer was the preserve of scientists concerned with measuring atmospheric pressure. It was only later that the barometer assumed its role as a weather glass, once Torricelli recognised a correlation between alterations in the weight of the air and changes in the weather. 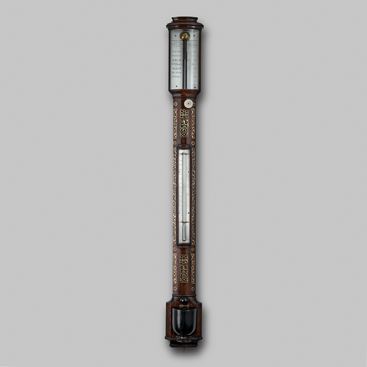 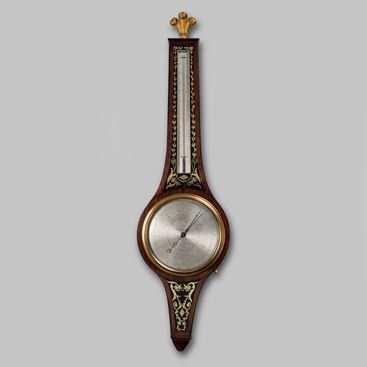 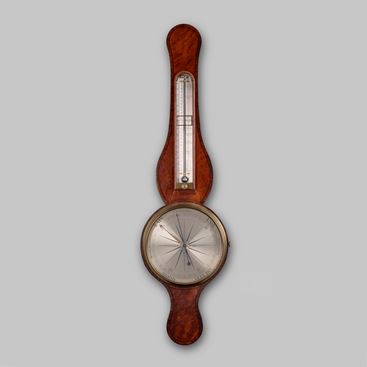 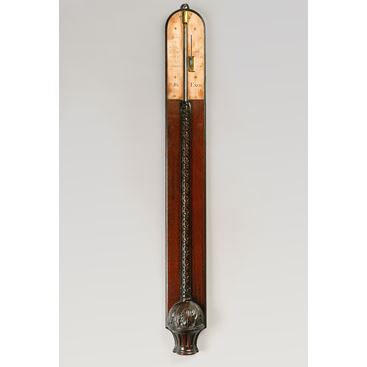 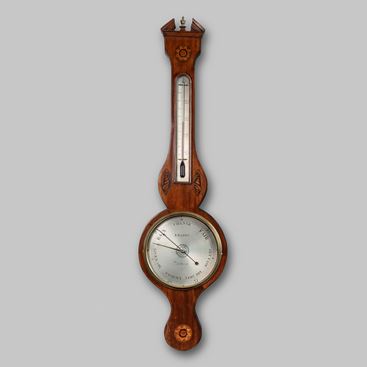 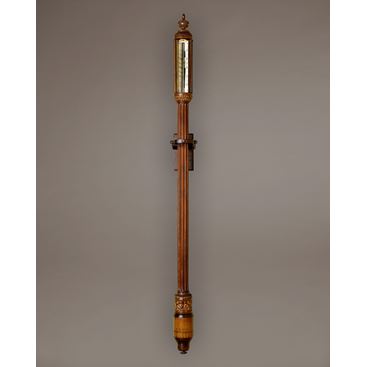