Our selection of British and European antique wall clocks date from the 17th to 19th century. We stock wall clocks in a variety of styles including brass lantern clocks, to painted wood tavern clocks as well as dial wall clocks and Vienna regulators. Wall Clocks vary in their complexity and casework but there can be no doubt they make a very definitive focal point for both the classic and minimalist interior of today.

The term ‘wall clock’ covers a wide variety of domestic timepieces, first appearing on the Continent during the Renaissance and then from about 1620, the Lantern Clock began to be made here in England. These clocks were weight driven and surmounted by a large bell. Sufficient to sound the hours throughout the household! Some hundred years later, the Tavern Clock or ‘Act of Parliament’ clock was to be seen in public places and are characterised by large legible dials, bold hands and usually very decorative chinoiserie cases. The English Dial Clock followed from about 1780 and were found in many a large country house or library and later on within offices. In the first half of the 19th century, the Vienna Regulator was made in many cities within the Austro-Hungarian Empire and had distinctive well-proportioned and elegant case styles. 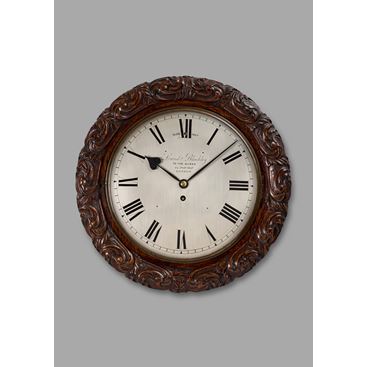 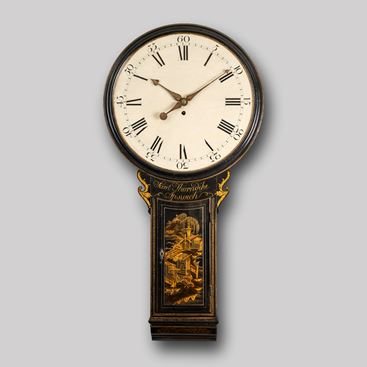 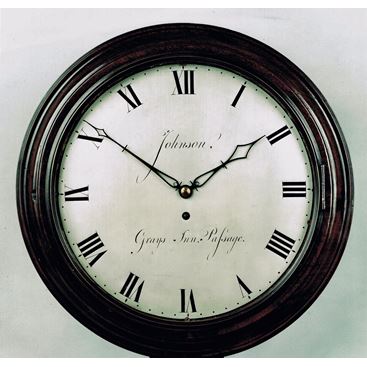 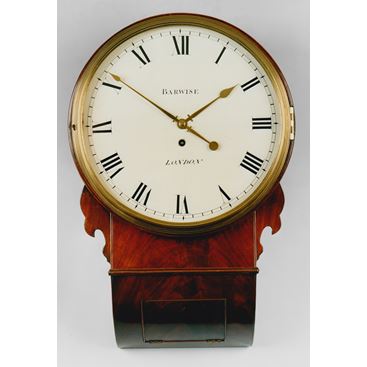