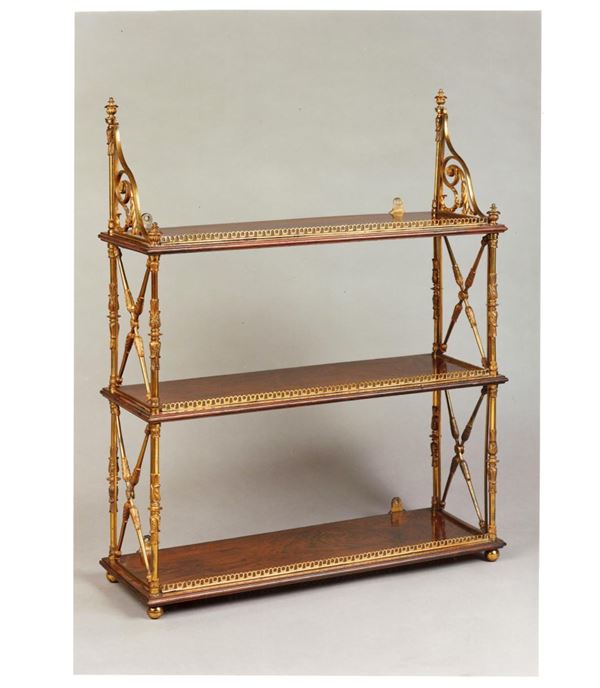 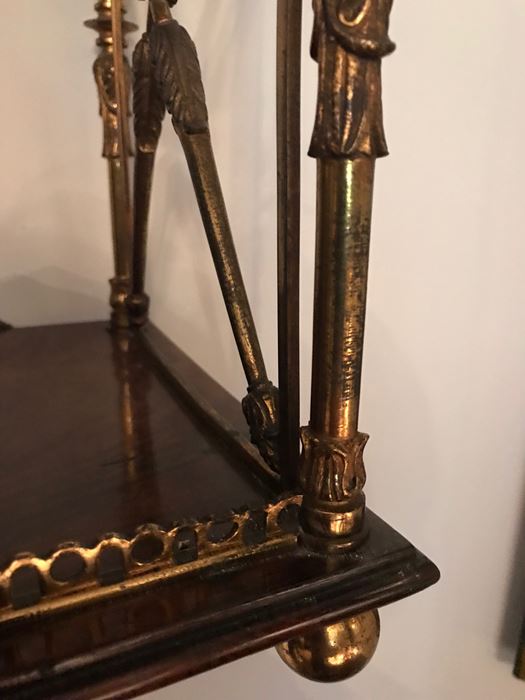 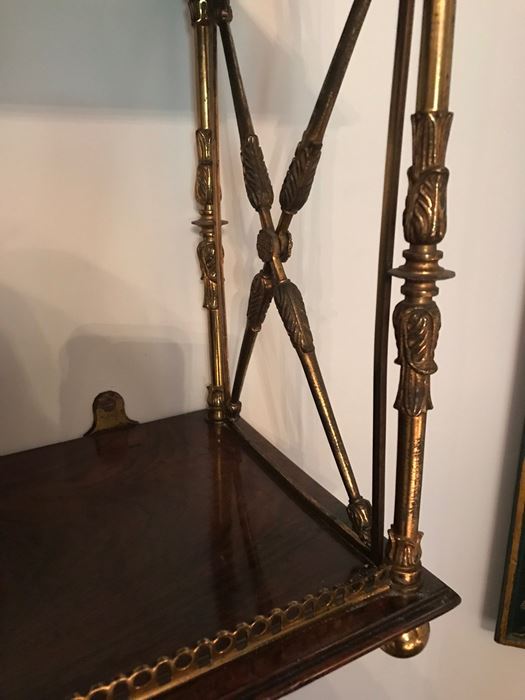 Fine Regency period ormolu mounted rosewood three-tier hanging shelves in the style of John McLean. The upper tier has scrolled brackets and run finials, above x-frame supports to the lower tiers. each shelf has a pierced front gallery on ball feet. 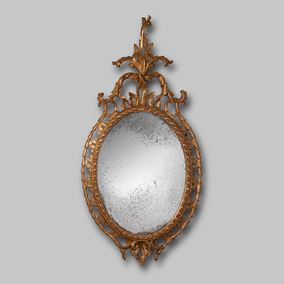 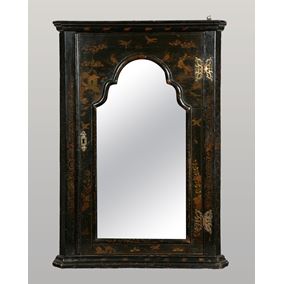 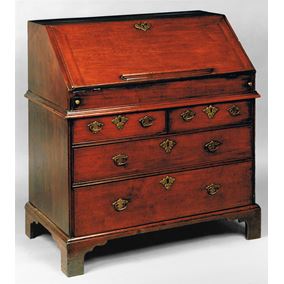 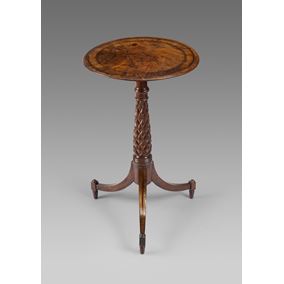 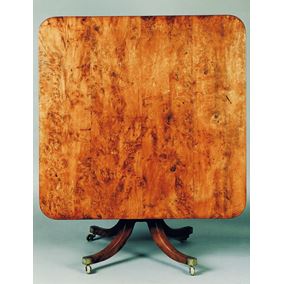