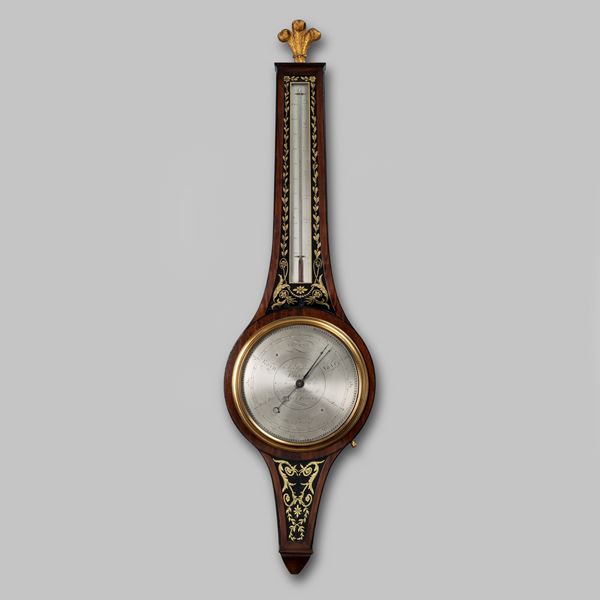 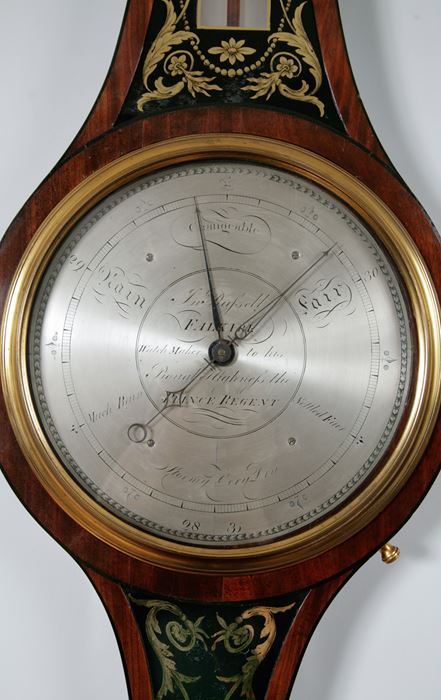 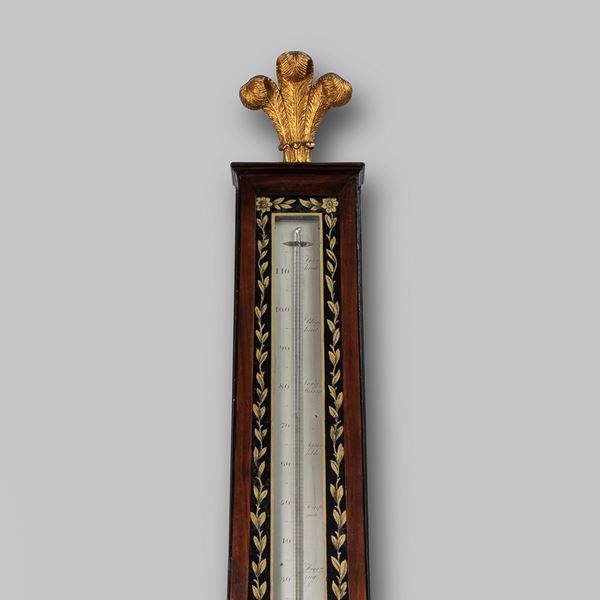 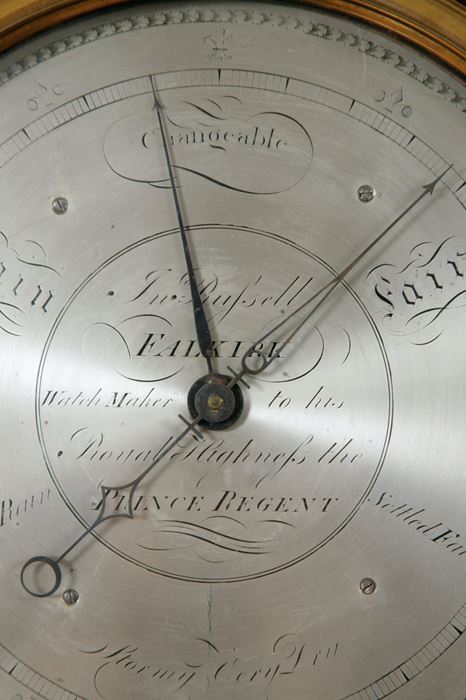 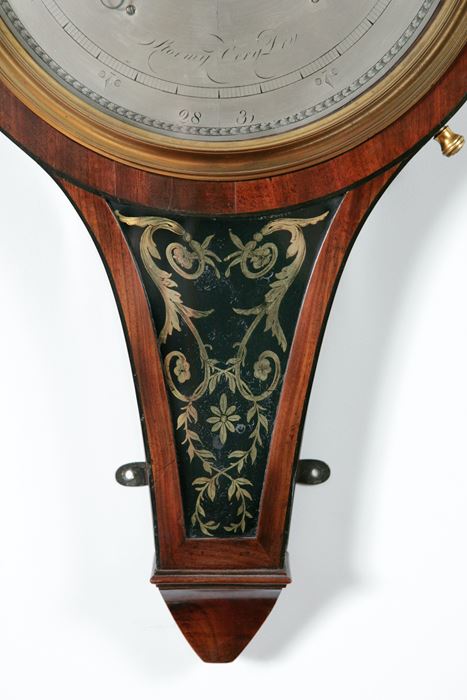 A fine and extremely rare early 19th Century Regency period wheel barometer by John Russell of Falkirk, barometer maker to the Prince Regent. This elegant barometer has a frame veneered in figured mahogany, with ebony stringing, and is surmounted by a bronze and gilded Prince of Wales feathers. Further decoration includes glazed panels of Verre églomisé. 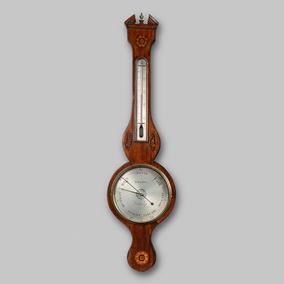 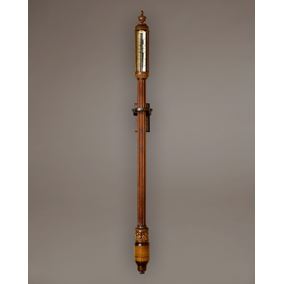 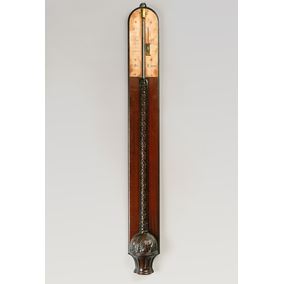 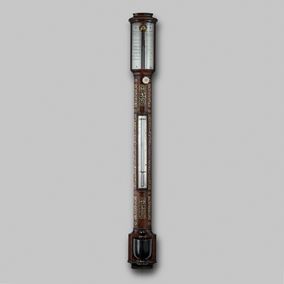