A Longcase Clock by Barwise of London

In the 18th century noble families sent their sons on a Grand Tour around Europe, where they would see the sights and collect art. In Rome they bought antiquities. As the 18th century drew to a close, these grand tourists began to go farther afield, venturing into Greece to discover its artistic treasures, temples and sites. This collecting and discovery inspired countless travel accounts and books, as well as architectural design books, which were also popular with aristocratic collectors. Architects such as Robert Adam and James “Athenian” Stuart not only designed new interiors to reflect this antiquarian taste, but they also produced lavish folio volumes of designs that inspired a host of artists and designers including Wedgwood, Chippendale and of course clockmakers! 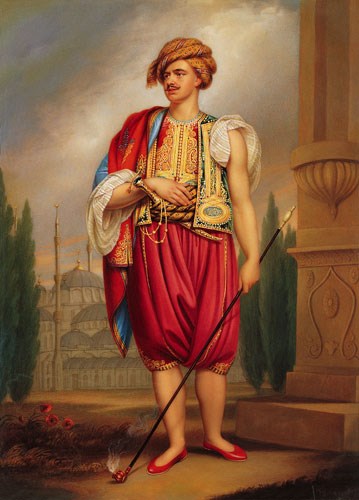 Portrait of Thomas Hope in Oriental dress. Portrait by William Beechey
One wealthy traveller who was inspired by the Grand Tour was Thomas Hope (1769-1831). The scion of a Scottish banking dynasty based in Amsterdam, Thomas embarked on an 8-year Grand Tour of Europe in the 1780s and 1790s, collecting paintings, sculpture and antiquities, and he became a patron of artists such as Antonio Canova. Having fled the French occupation of the Netherlands in 1794, he and his brothers settled in London, along with a vast art collection including old masters. In 1796, Thomas continued his travels through the Ottoman Empire, including Greece, Constantinople, Syria and Egypt. By 1799 he was back in London and bought a Robert Adam townhouse at Duchess Street off Cavendish Square, although he soon remodelled it in a mixture of styles inspired by Greek and Egyptian designs. He later bought the country estate of Deepdene in Surrey, which he equally transformed, filling it with the family art collections. 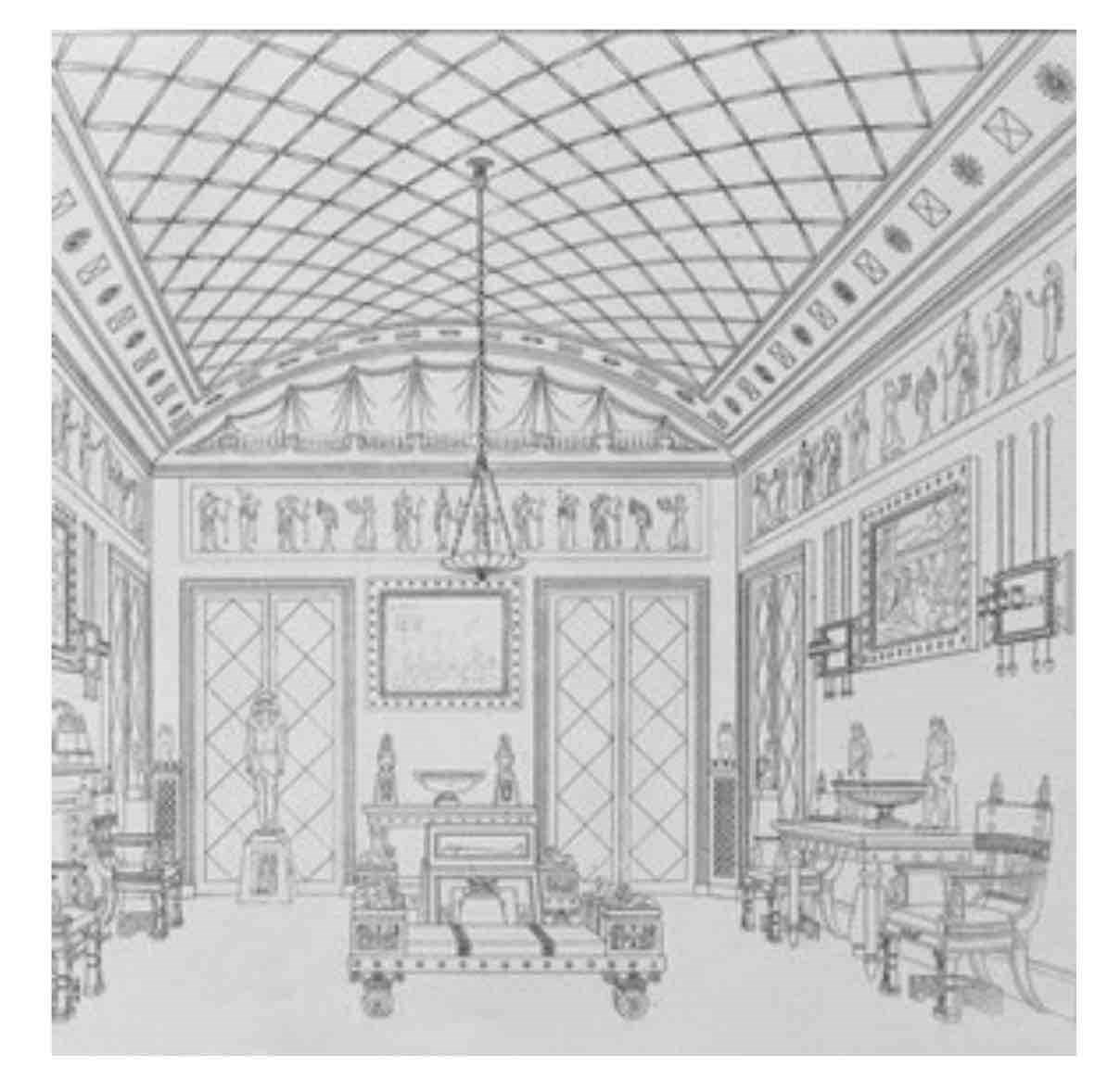 Egyptian Room at Duchess Street. The interior and furniture were designed by Thomas Hope. This illustration appeared in his 1807 Folio book Household Furniture and Interior Decoration
Thomas wasn’t only a collector however, he became a supreme Regency designer, creating not only new decorative interiors, but also inspiring designs across the decorative arts and began publishing books of his designs – his folio volume Household Furniture and Interior Decoration, published in 1807, had far reaching influence on furniture making and designers of the age, and even influenced the tastes of the Prince Regent. 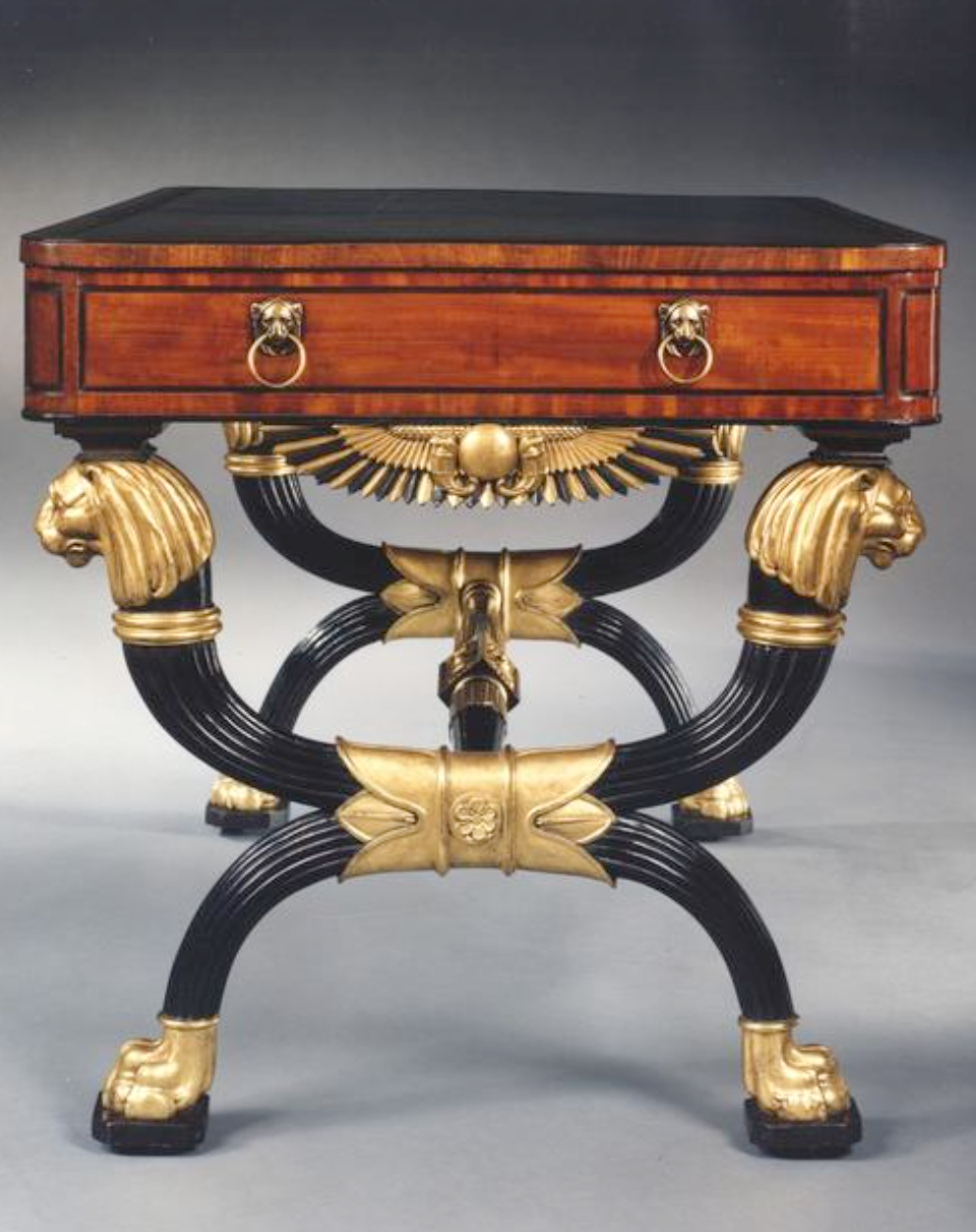 An example of Thomas Hope’s influence can be seen is this fine Regency longcase clock in the form of a domestic regulator by John Barwise of London. 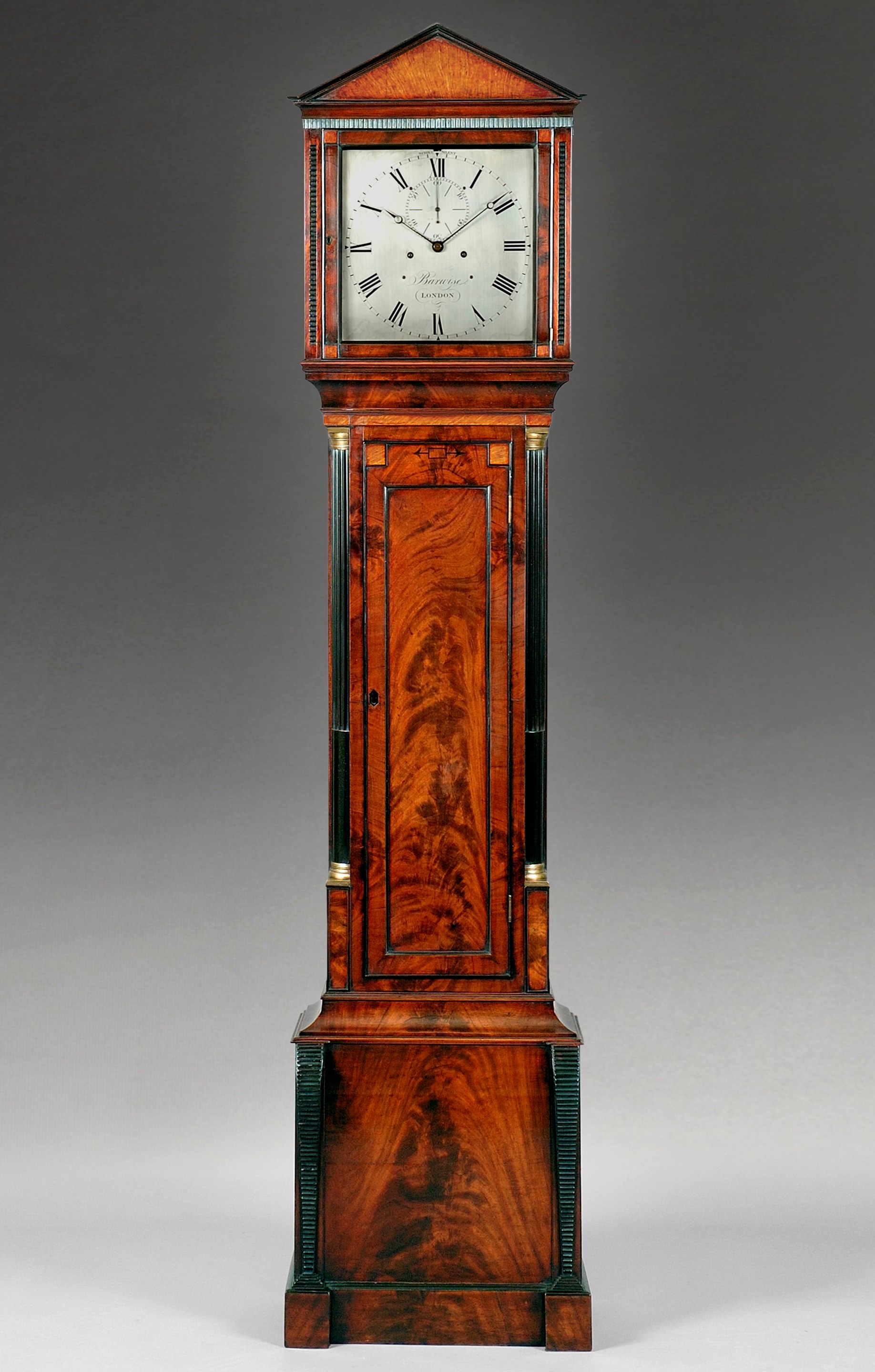 Longcase clock by John Barwise & Co, London. Circa 1820
The eight-day duration movement is of the highest quality, with five pillars, dead beat escapement, maintaining power and hour strike on a bell. The pendulum has a wood rod for temperature compensation with beat adjustment and rating nut beneath the brass bob. The clock is complete with the original brass cased weights. 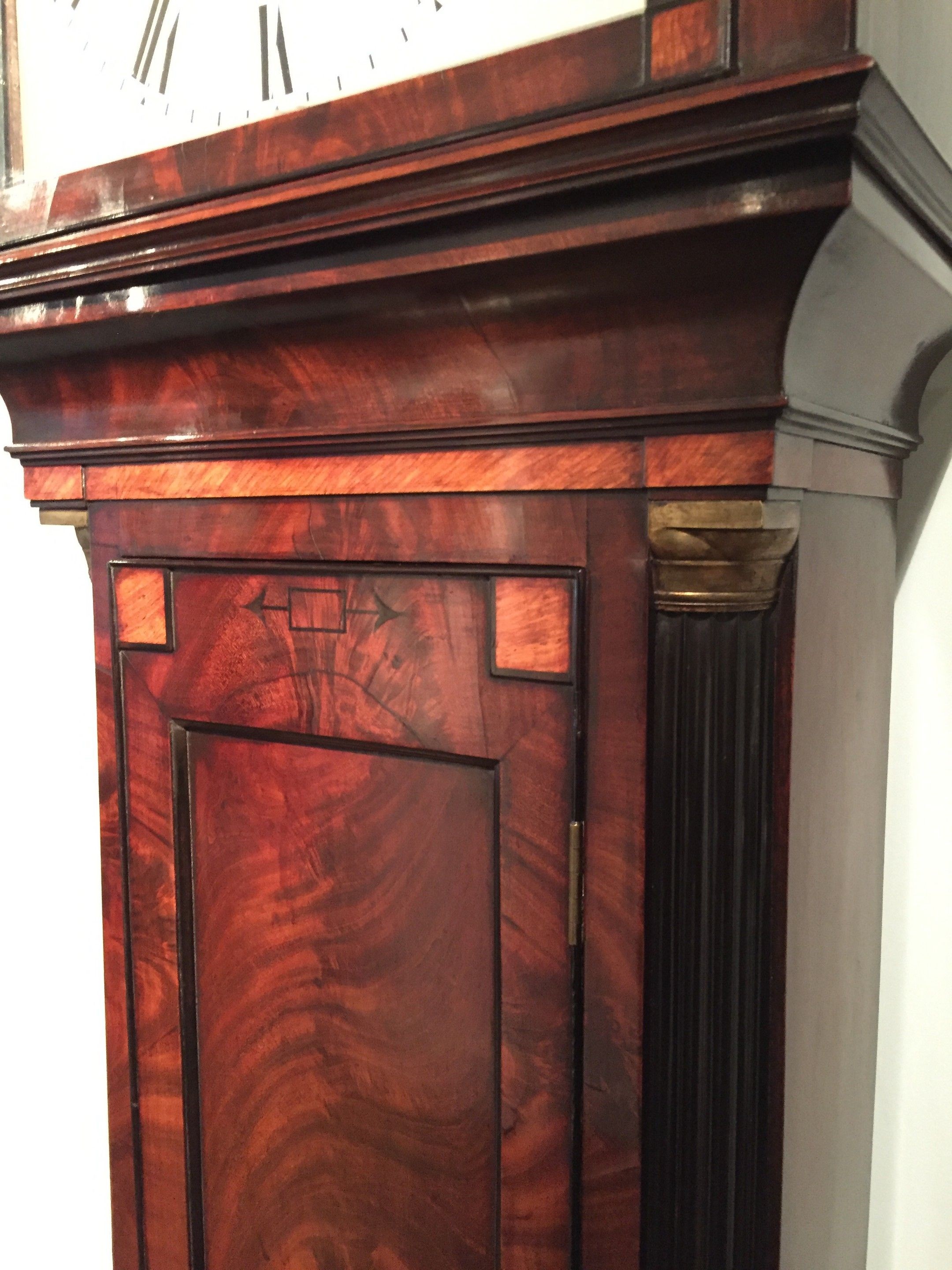 However, it is the clock case that stands out, in a strong architectural style influenced by Thomas Hope’s Greek and Egyptian antiquarian designs. The mahogany case has inset panels of satinwood and ebonized mouldings along with fluted, classical columns that frame the sides of the trunk. The 12in square brass dial has a silvered finish and is engraved with Roman chapters and subsidiary second’s dial and is crowned by a classical pediment top. The dial is signed within the lower section 'Barwise, London'.