The Georgian era was a golden age for art, design and architecture on many levels. It was also a period of technological and economic innovation and expansion. Clocks and clockmaking were a key exemplar of this age of advances.

In the later Georgian period the style and elegance of the Prince of Wales, later George IV, began to come to the fore and influenced designers and craftsmen. While this often led to flamboyant decoration and accessories, it could be equally elegant and streamlined. Less was sometimes more. 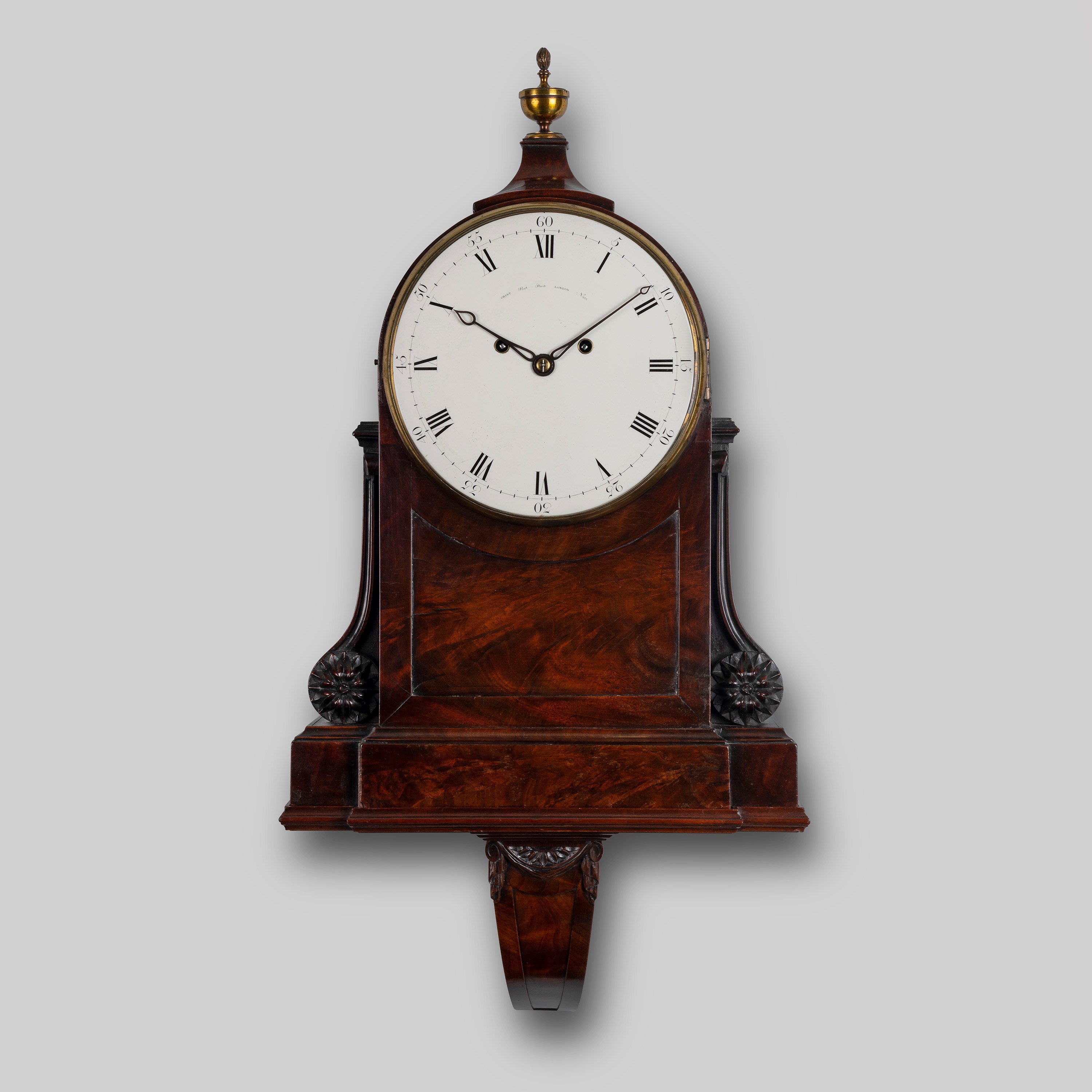 Bracket Clock by Grant of London, circa 1800

Raffety has some excellent examples of this trend in our collection. Two fine specimans are a clock by John Grant of London and another by John Evill of Bath, both with bold round dials and wall brackets matched to their cases. The Evill of Bath is set in beautiful satinwood case with carved side volutes and topped with a brass finial. The Grant is of similar style but the case in a dark, figured mahogany. Both have fine quality movements and strike on the hour and range in date from 1790 to 1800. 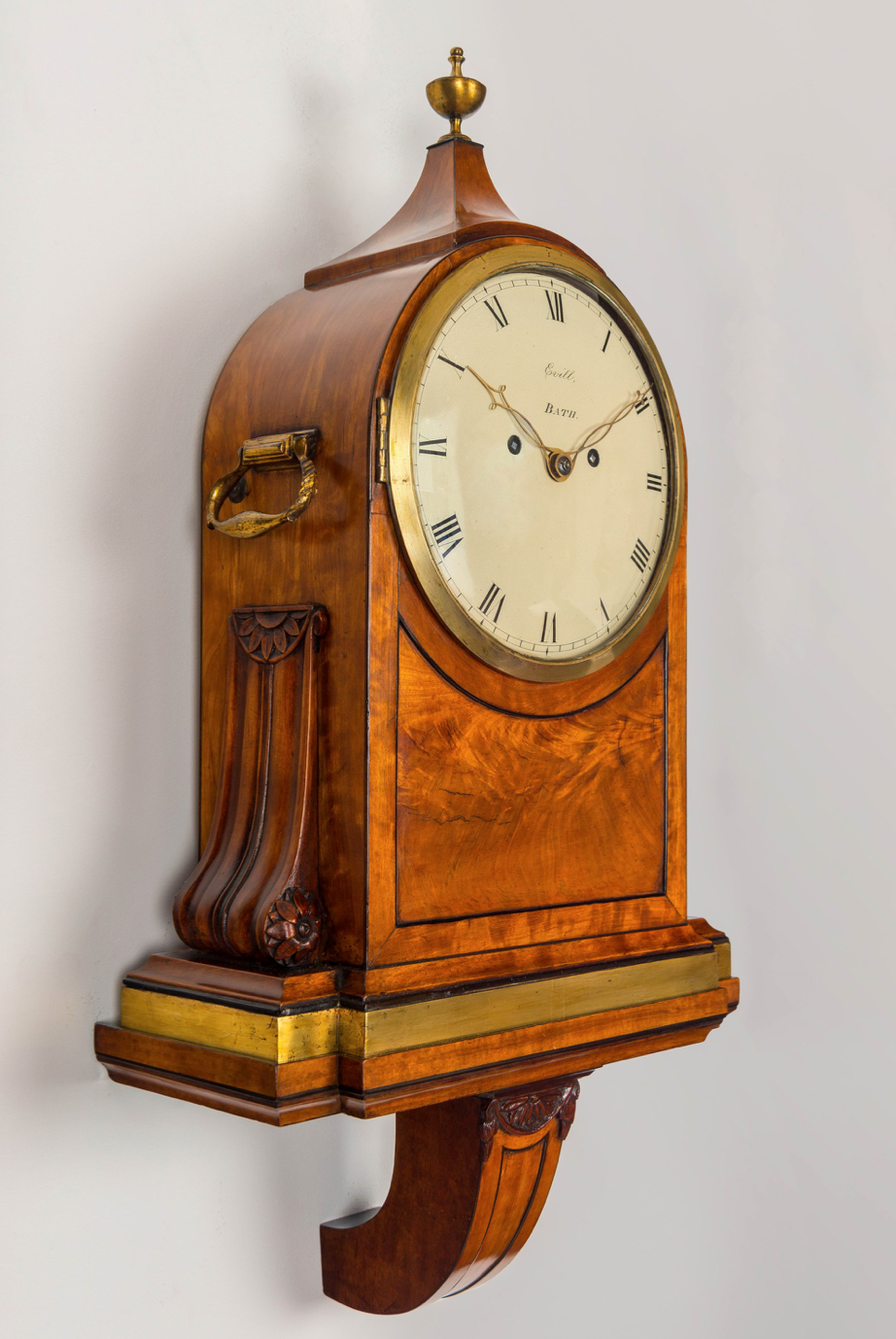 Bracket Clock by Evill of Bath, circa 1790

Another good example, which is perhaps 20 years later in date, 1820, is a mahogany hour striking bracket clock by Thomas Moss of London. The lancet style case has pierced brass side frets, lion and ring side handles and claw feet. 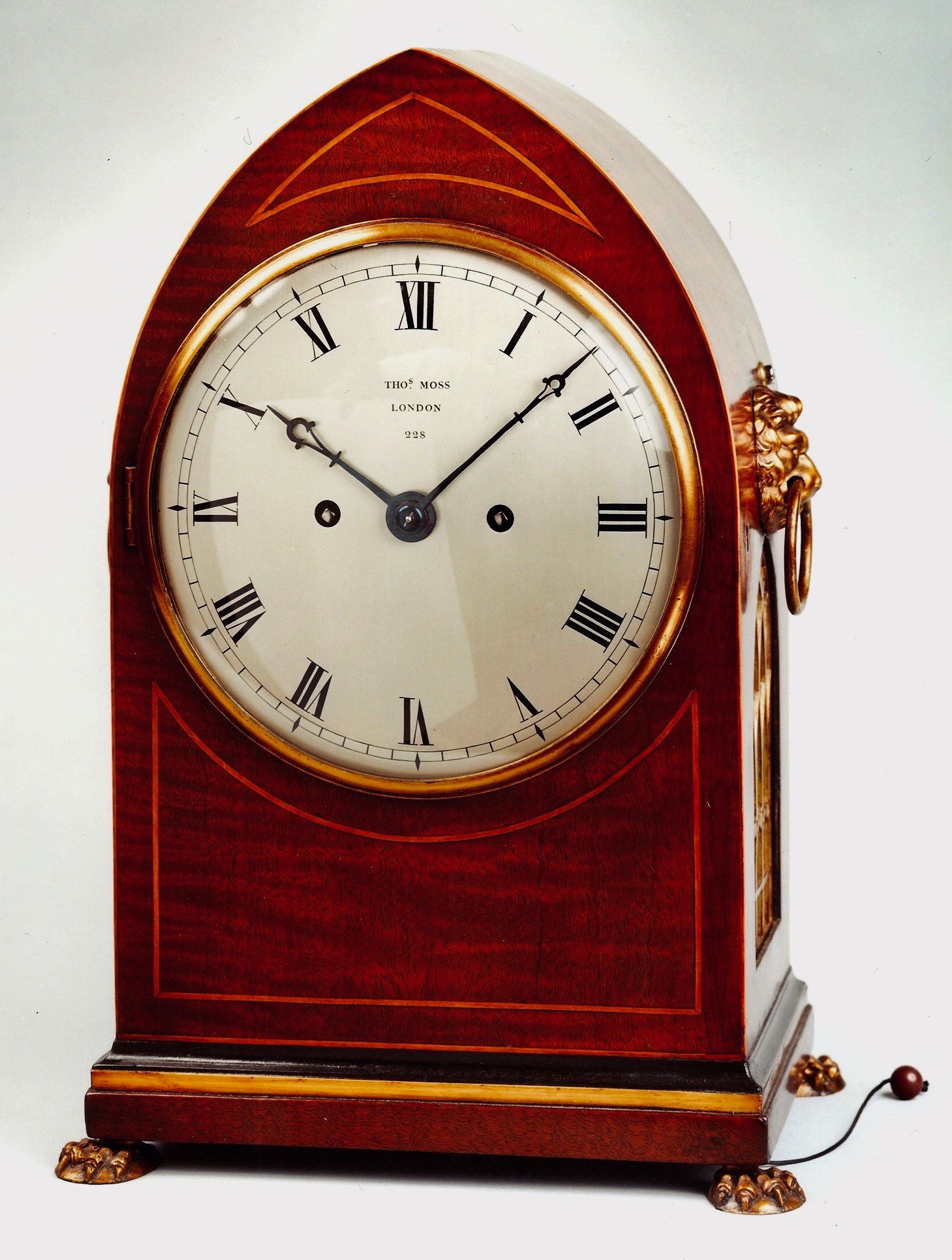 Clock by Thomas Moss of London, circa 1820

All three clocks have an almost contemporary, streamlined look that makes them an ideal option for modern interiors, but they will equally make a statement in a historic home.

The crisp design, fine inlaid woods, brass accents and quality clock movements also reflect the confidence, elegance and attention to detail of the era in which they were made.

The Georgians were certainly supreme master craftsmen and the clocks of this period are an excellent addition to any collection.