A Musical Clock by Ralph Gout of London

We live in a digital age, with smartphones and apps tracking our every action, online media, and iTunes streaming unlimited music and videos. It is hard for us to imagine an age before electricity and before the computer chip.

But there was a time when a clock was the technical innovation of its age. Britain, not surprisingly, was at the heart of this key moment in the history of technology, and in the mid-18th century Britain was the centre of horological advancement. Britain’s clock makers were producing the finest and most accurate clock movements, and slowly this technology spread into the homes of the nobility and the middle classes.

The clock cases often reflected the styles of the era, with neoclassical and Rococo flourishes and architectural details, crafted from the finest woods, including mahogany and ebony.

Two centuries before the Walkman, iTunes or the iPod was even conceived, the British came up with the idea to add musical tunes to a bracket clock, offering people the chance to dance to a short tune on the hour. These musical bracket clocks became hugely popular and undoubtedly held a certain prestige for the owner for their technical complexity. 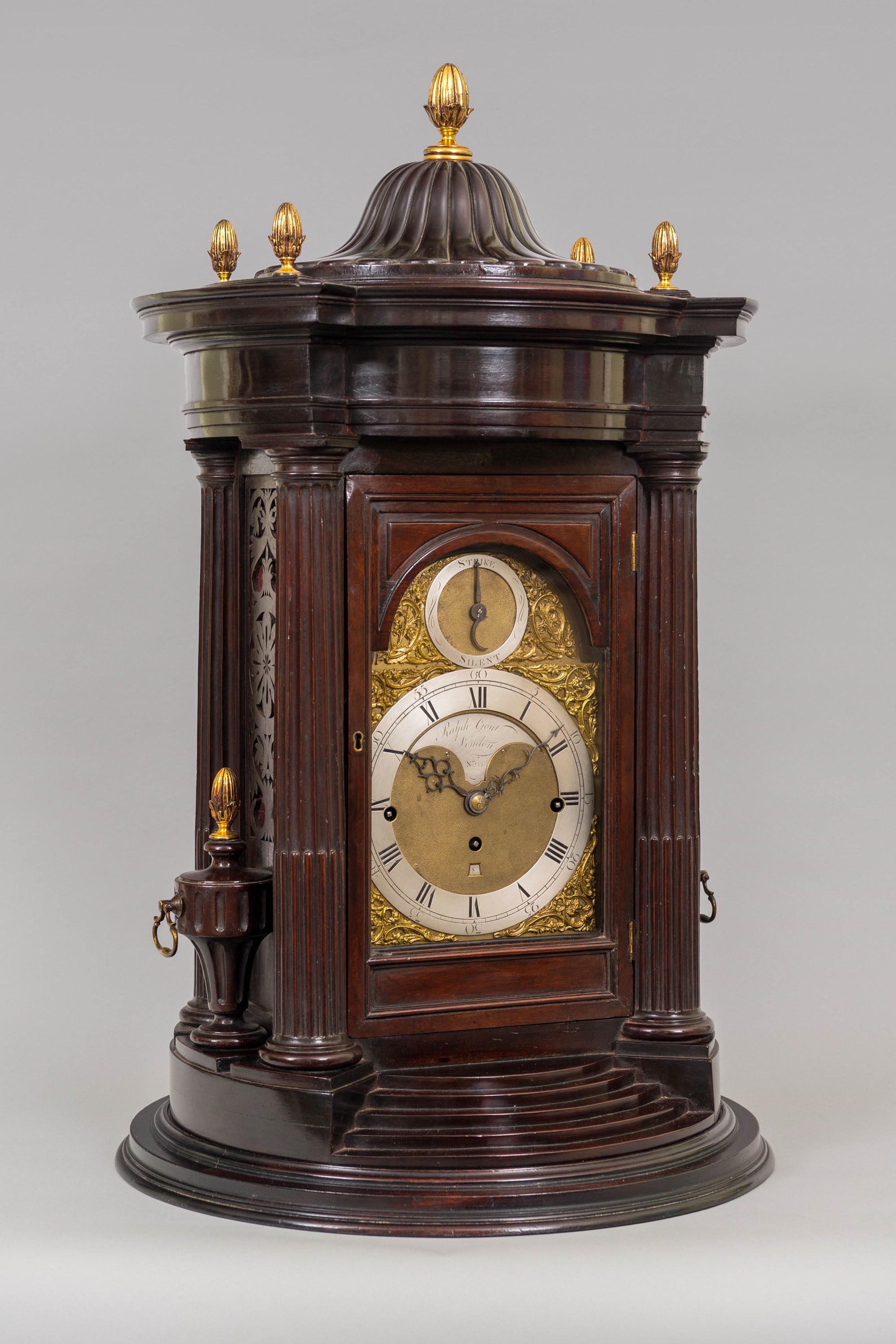 A wonderful example of such a clock is an impressive and unique George III period antique circular mahogany musical table clock, in a case of neoclassical design by Ralph Gout of London. 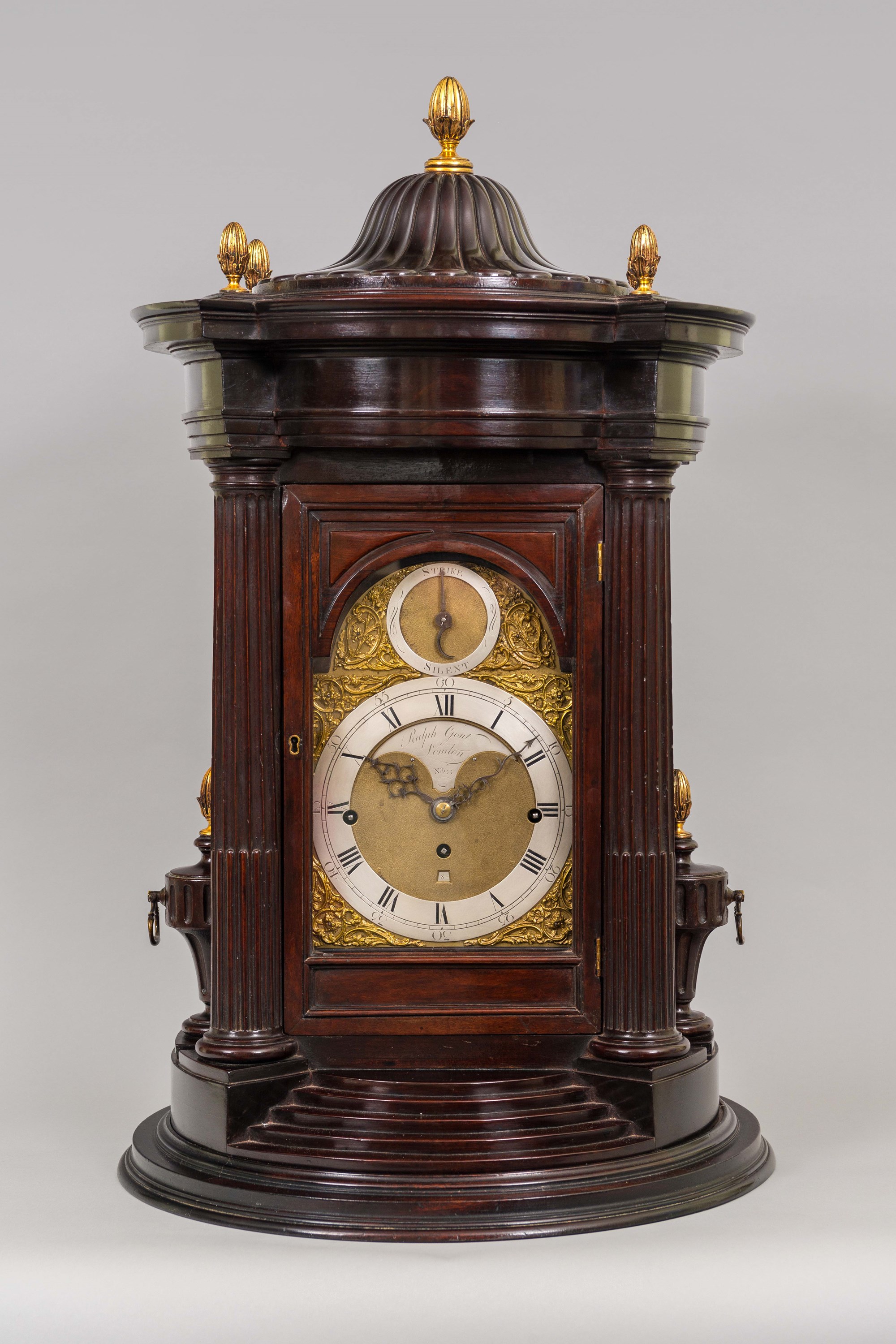 The substantial architectural case, mimicking a round classical temple or shrine, has four fluted and capped columns with matching side urns that enclose the pierced wood side frets and support the swept gadrooned top with five gilt brass finials. 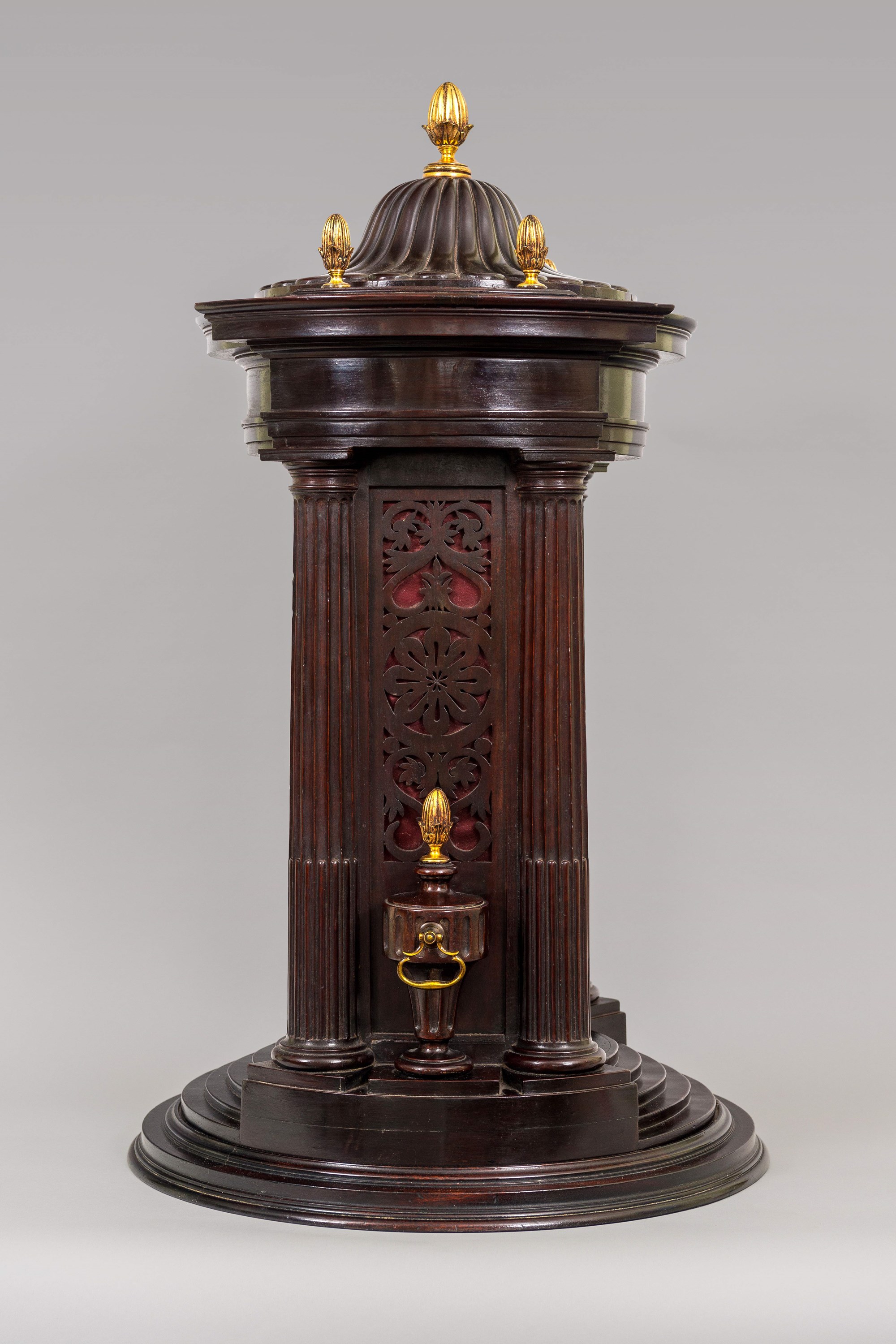 The circular wood base sits within a separate shallow tray section which enables free orientation of the clock be it placed to the side or centre of a room or indeed within a niche, a room feature so associated with this classical style. 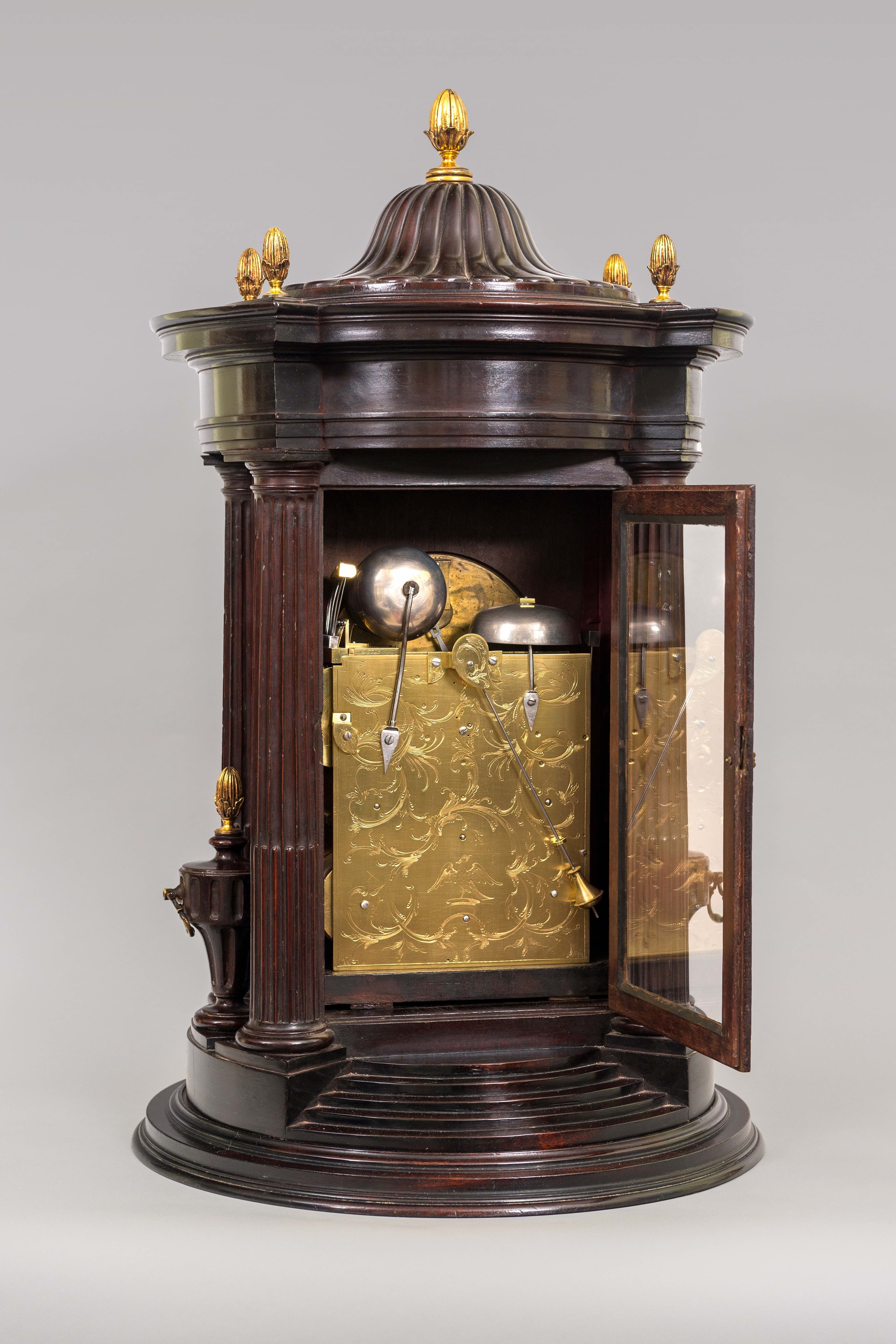 The verge three-train movement with engraved backplate fills the case interior and plays each quarter hour on eight bells and plays a further musical tune on the hour.

The signed brass dial has a matted centre with date indication and a strike/silent selector in the arch.

Ralph Gout, a clockmaker based in London, is recorded as active in between 1770-1836 and his business and workshops were located at 6 Norman Court, in Old Street. He produced many clocks for the Spanish and Indian markets and was also an inventor, patenting a pedometer and other devices for measuring paces of man or horse in 1796 and revolutions of a carriage wheel in 1799.

This clock would make a grand statement in any interior, and is a wonderful example of both the quality of design and technological innovation of the Georgian period.