A TASTE OF THE ORIENT PART 1: THE EAST INDIA COMPANY AND THE FASHION FOR CHINAMEN, PAGODAS, HO-HO BIRDS AND FLOWERS

In earlier articles we have written about taste and style in 17th and 18th century England, palaces and the people associated with them and clockmaker’s. Now that Asian Art Week is about to start in London, we at Raffety have been thinking about chinoiserie and japanning in the decorative arts from the earliest times of the Dutch and English East India Companies and how the style has fascinated generations from the time of William and Mary to the end of George IV’s reign in 1830.
When one strolls around the shop here in Kensington Church Street you can really let your imagination take you to all sorts of wonderful places. You do not only have to admire clocks in walnut and patinated and figured mahogany cases, if you follow your feet you can travel much further and see magical clocks in cases decorated with lavish lacquer work depicting exotic flowers and foliage, figures in landscapes and humming birds. Effervescent colours of rich blues, greens, and reds and lavish gold’s that sparkle and twinkle at you in the sunshine; it is a taste of the orient here in West London. So join me on a journey and come and see what time and taste has to offer – there is a lot to see and reflect upon.
For most of us we assume that trade with the East was at its height during the latter part of the 17th century onwards but if you delve deeper there was in fact a charter established during the reign of Elizabeth I. It was that Monarch who granted a charter on 31st December 1600 to trade in the East. At that time it was the Dutch and Portuguese who held the monopolies. This caused a clash of interests with Britain and so involved the country’s withdrawal from Asia and Japan. Instead Britain concentrated trading with India; thus forming the British East India Company. Oliver Cromwell granted the company a new charter in 1657 and by 1715 a new ‘factory’ opened in Canton, this was a warehouse and office holding luxury goods. 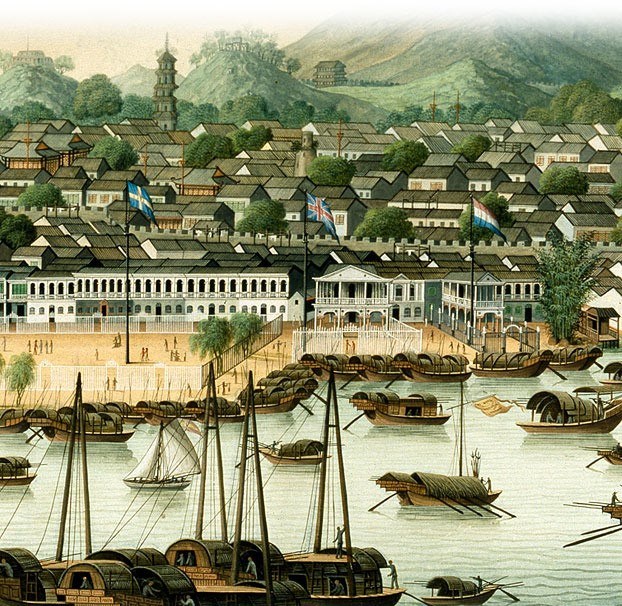 View of the Trading Port of Canton in the Early 19th Century.

Trade improved further and by the next generation England had become the most important trading country in the world. The importation of silks, ceramics and decorative objects in lacquer were being unloaded by the docks every week and the auctions of precious cargoes took place at East India House, the company headquarters in Leadenhall Street. 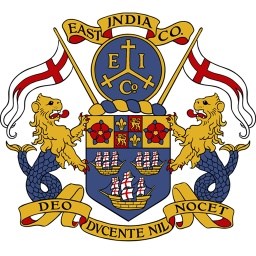 The Arms of the East India Company 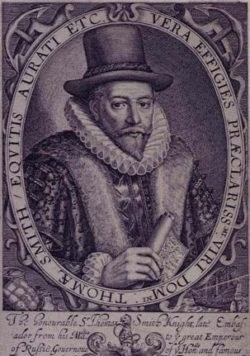 To distinguish between lacquered goods of East and West, ‘right Japan’ indicated Oriental lacquer whilst ‘Japan’ was used to describe European production. The import of all these exotic goods caused demand to outstrip supply so it was left to cabinet makers and skilled artisans to create ‘japanning’ of their own. The makers were successful in doing this but they never achieved the same quality of their Eastern competitors. The difference in lacquer production was that in Oriental lacquer, gum was taken from the Lac tree. In England various lacquers were based on a build – up of varnishes on a gesso ground. 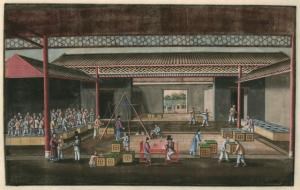 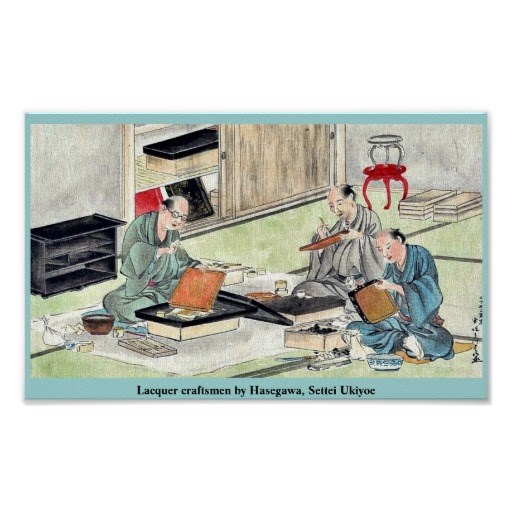 The navigator and Hydrographer, Captain William Dampier was fascinated by the gathering of the lac and he noted:
‘a sort of gummy juice, which drains out of the bodies of the limbs of trees, gotten in such quantities by the country people, that they daily bring it in tubs to markets..’
Whilst lacquered objects and furniture were the latest craze by the late 17th century, it was Queen Mary, at the same time, who popularised China collecting. This went hand in hand with the new fashion for tea drinking, and tea wares were made in China’s Jingdezhen province and imported by the East India Company. It took English and European factories, like Chelsea in London and Meissen in Germany in the 18th century to copy their designs. Furniture was imported in great numbers and included chairs, desks, cabinets and folding screens. It was very popular to have rooms furnished in this new fashion. John Evelyn wrote in 1682 after visiting a friend: ‘Contrivances of Japan screens instead of wainscot’ in the hall of a London house. 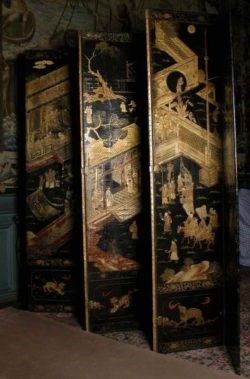 Imports had reached their peak when there was a petition set up by cabinet makers who felt that their trade was being threatened and ruined. Heavy duties were imposed on improted furniture from 1701. The threat really only existed in the field of lacquering itself as Captain Dampier observed:
‘the joyners in this country may not compare their work with that which Europeans make, and in laying on the lack upon good or fine joined work, they frequently spoil the joynts, edges or corners of drawers and cabinets…’
Looking at the decorative arts in the 18th century you may feel that chinoiserie really joins hands with the rococo period. Rococo was entirely French, the word ‘Rocaille’- meaning ‘rock-work, relating to a lively and sensual flavour, unlike the heavy baroque of the past and the Neo-Classicism of the future. Rococo was light, with asymmetrical C-scrolls, double ‘C’s’ and swirling curves, all to resemble breakers of the sea curling on some rocky shore. 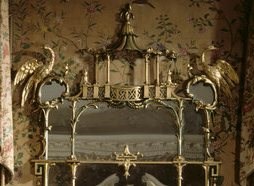 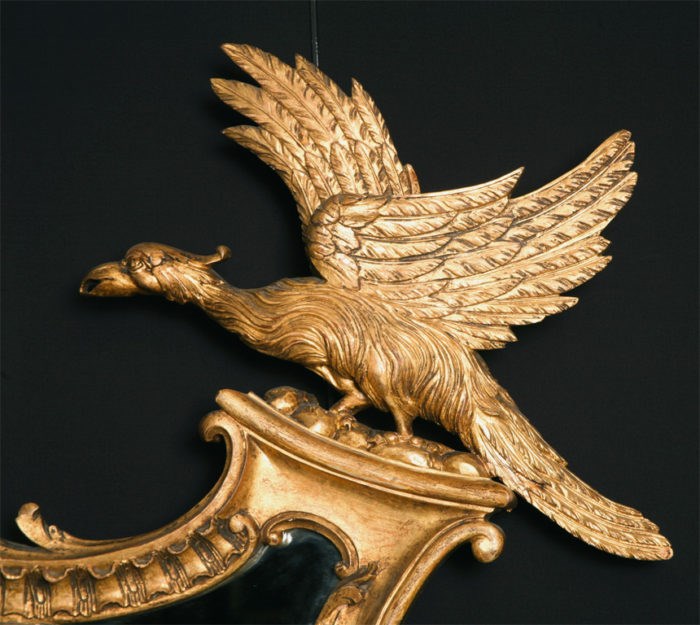 There were Huguenot craftsman who welcomed this new style and cabinet makers were carving ‘C’ scrolls intermingled with flowers, foliage, shells and rock in ornament, together with ho-ho birds and figures on clocks and furniture. The cabinetmaker, Thomas Chippendale amongst many others, welcomed the revival of the oriental taste and created many fantastic clocks and furniture. If you sneak back to an earlier period in the 18th century you can find chinoiserie taste even in gardens, take for example Sir William Chambers Chinese pagoda at Kew; an oddity for England but fabulous all the same! 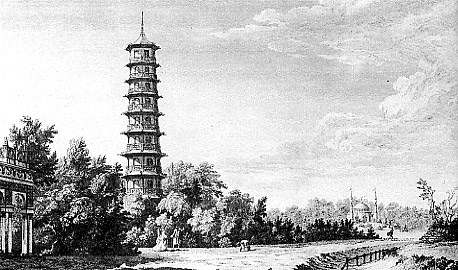 The Chines Pagoda at Kew. After a Drawing by William Chambers

Raffety has two pieces of furniture that epitomise the varied directions of Chinoiserie and its offshoot, Rococo. The first is a Chippendale period oval mirror in a gilded, carved frame. Acanthus scrolls and pierced rockwork cresting crown the top the mirror. This mirror also shows elements of the next Neoclassical phase in design, with a band of wheat sheaf heads, which form a chain around the mirror frame. It dates to about 1760. 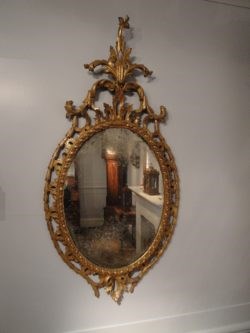 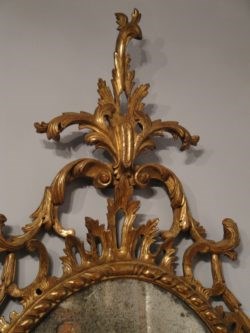 Detail of the Scrollwork on Chippendale period Mirror. Raffety Ltd.
An earlier example of the influence of chinoiserie is a charming Queen Anne period corner cupboard. Surrounding the shaped bevelled mirror plate, the lacquer decoration consists of gold decoration on a black ground. The decoration depicts vignettes of exotic bids, flowers and foliage and figures in pavilions. It is fun, and whimsical on a small-scale and in perfect condition. Both these examples show not only the long period in which chinoiserie influenced style and design, but the variations in how the chinoiserie craze was translated into everyday objects. 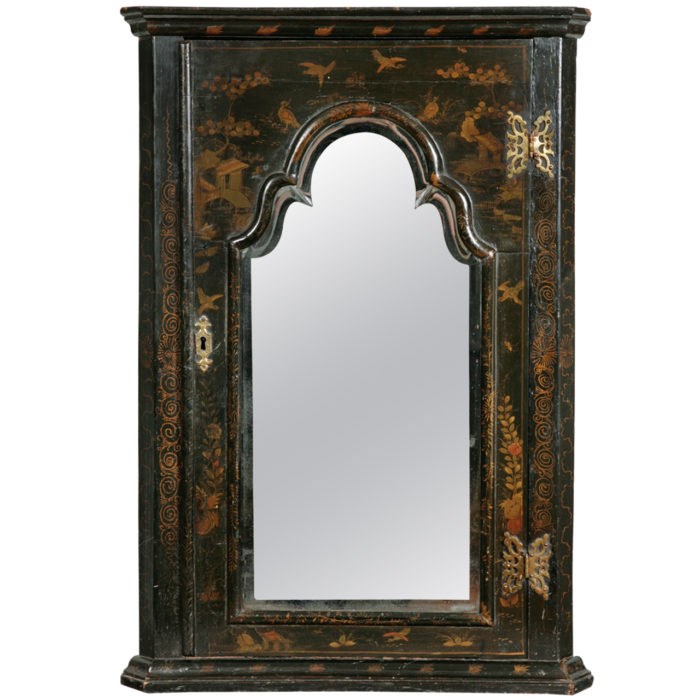 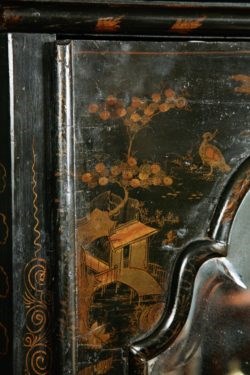 This brief synopsis setting the background of the East India Company, chinoiserie taste, japanning and lacquer in general hopefully sets the scene. In the next instalment we will turn our eyes to the clocks at Raffety’s, which have colourful cases, great movements and names attached to them as well as a hint of chinoiserie or as Queen Mary II would say: ‘In the China taste’….

** The Cabinet and Mirror described above are available for purchase at Raffety Ltd, 79 Kensington Church Street