THE ART OF CLOCK WINDING

Last October, when the US government came to a halt and shut down during its protracted wrangling over the debt ceiling, a shocking thing happened in the halls of Washington politics. A grand clock  that stands outside the Senate went silent on October 9th. No more ticking or chiming. Why did this happen you may ask? With government employees sent home on unpaid leave while the politicians failed to come to an agreement , there was no one left to wind the clock. 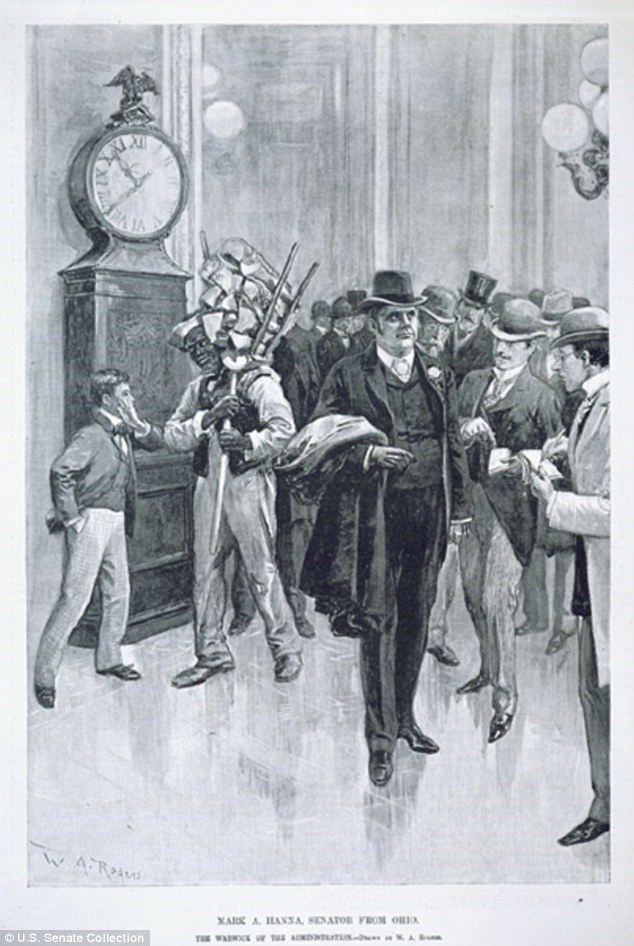 The Old Senate Clock in an early 20th century print.

The grand old clock, ordered by Connecticut Senator David Daggett in 1815, has sat outside the US Senate since 1817. The clockmaker was John Voigt of Philadelphia. Known as the Ohio clock, it is certainly impressive in scale and decoration. Its case is carved with a stylised US flag coat of arms, taken from the Great Seal of the United States, and the large two-foot wide dial  is crowned by a gilded eagle, which also appears on the Great Seal. 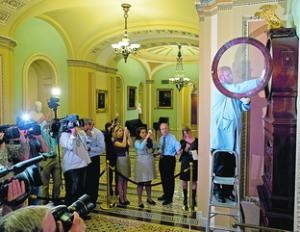 It is not surprising that when it stopped ticking, it became a symbol in the press of a government that was apparently not working either – one news headline put it aptly “out of money, out of time.” Thankfully this sort of thing would never happen at Raffety Clocks at 79 Kensington Church Street, where keeping the clocks wound and in working order is our priority. 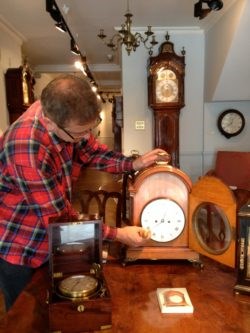 Once a week the delightful Andrej spends a day in the shop winding and caring for all our clocks. It does indeed take the whole day to wind the clocks. Clock winding should not be rushed, nor should a clock be over-wound, as this can damage or break the main spring. Always use a key that snugly fits the winding squares, which are usually, but not always, found on the front of the dial. Wind the key gently until you feel resistance. Good clocks are often 8 day movements, so you only need to wind the clock once a week. 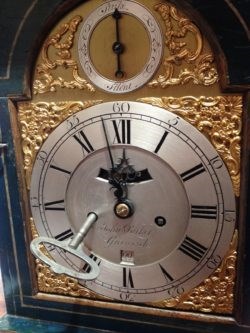 Detail of a clock dial and key on clock by John Parker of Greenwich, circa 1770. Raffety clocks.

It is always sensible to wind your clock regularly, as leaving an old clock stopped for extended periods can lead to the mechanism seizing up – the act of ticking often keeps a clock in good order. However, old clock mechanisms, like cars, need regular servicing, so always go to a reputable clock shop or dealer. Sometimes a clock might just need a bit of oil to keep the mechanism in good order – but it is NOT recommended that you oil a clock yourself unless you have been shown how to do this by a professional. Using the wrong oil or oiling the wrong element could serious damage a clock, and too much oil can also do damage to the movement. 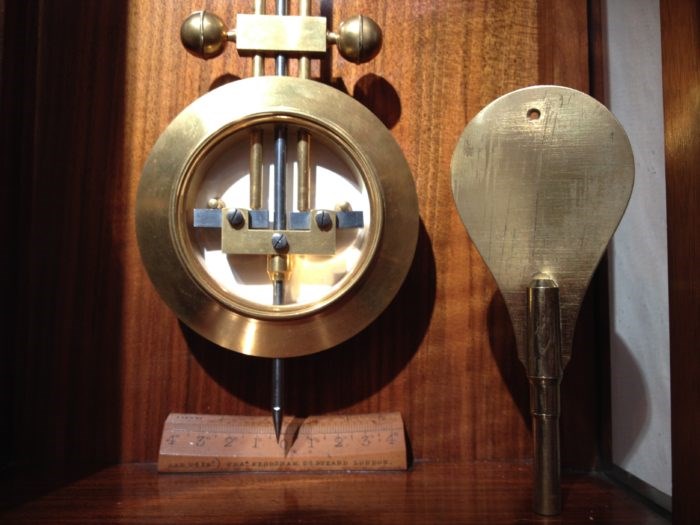 Detail of the winding key and pendulum of a semi regulator month-going wall clock by Charles Frodsham & Co. Raffety Clocks.

How clocks keep time can also be affected by weather conditions and movement – if you have a clock that runs well on a mantelpiece, and you then move it somewhere else in the house, it might not run as well in the new position, and may need slight adjustment or correct levelling. You should always remember that when a clock is over 250 years old it does need regular care and attention now and then, even when it is in top condition and has always kept time well. 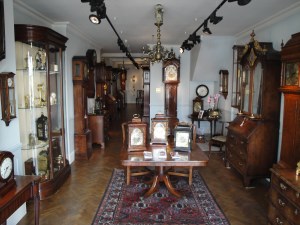 Clock winding can sometimes become part of the history of a clock. The Mostyn Tompion, a magnificent and rare year-going table clock made by the great maker Thomas Tompion, is a case in point. Made for William III and Queen Mary in 1689, the clock eventually passed to the Mostyn family. From 1793 the family kept detailed records of the clock’s time-keeping over the course of each year, and held an annual party when the clock needed winding. The British  Museum purchased the clock in 1982 from the 5th Lord Mostyn and they continue to hold a special winding ceremony for this stunning clock – a written record of those present at each winding is still kept by the museum, adding to the history of this unique clock. The Mostyn Tompion is on display in Room 3 of the British Museum until February 2, 2014. 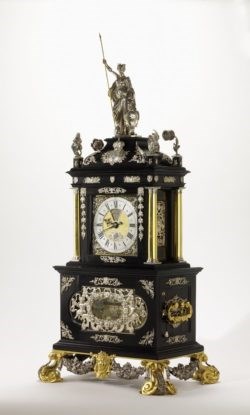 The Mostyn Tompion. Copyright Trustees of the British Museum

While we have clocks on our phones and computers, there is really no substitute for an antique clock – handcrafted and designed for precision, they are the ultimate time machine, having witnessed the past, present and ticking on into the future. And there is nothing so satisfying than winding your own antique clock, giving the pendulum a nudge, and listening to the steady rhythm of time – tick tock, tick tock. I like to stand before some of these clocks and wonder at what they have seen and heard in their lifetimes – happy moments, political intrigue, family dramas, you could spend the hours imagining a past that these clocks have witnessed.

At Raffety Clocks we believe that the quality and beauty of an antique clock is beyond any modern timepiece. All our clocks are tested to ensure they are in excellent working order and all clocks sold by us come with a 1 year guarantee, so you can buy with confidence. And unlike the US senate, we keep our clocks running, 365 days a year!