MASTERPIECES OF HOROLOGY AT MASTERPIECE FAIR 2014 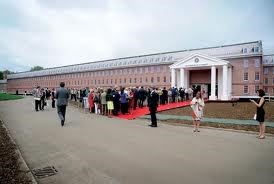 Every year London comes alive in the summer with social gatherings, events, and magnificent exhibitions. There is Chelsea Flower Show in May, Ascot in June, and the Royal Academy Summer exhibition runs from June until mid-August. Smack dab in the middle is the most amazing art fair of the year, Masterpiece. Held at the Royal Chelsea Hospital, it is the must-see art event of the season, with the world’s finest art and antique dealers all in one place – imagine a pop-up international museum for a week, a miniature Metropolitan Museum of Art dropped into a stylish tent in London and showcasing jaw dropping jewels, Old Master paintings, sculpture, furniture, antiquities, ceramics, prints, drawings, Impressionist masterworks and modern art. Most of the objects are museum quality, and the world’s museum curators and collectors descend on the fair to search out the rarest and most magnificent objects of human creation. 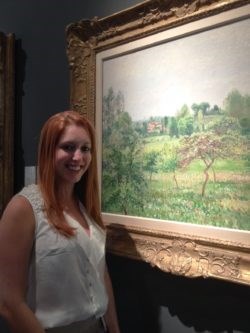 Arts PR guru Miss Chloe Nelkin with a landscape by Camille Pissarro at Galerie B. Weil’s stand A29 at Masterpiece Fair 2014.

And of course there are some very impressive masterpieces of the clockmaker’s art to see as well. Raffety Fine Antique Clocks are exhibiting at Masterpiece again this year on stand B16. Fresh on the back of our triumphant Three Georges exhibition in May, we have brought together an interesting collection of horology, ranging in date from the reign of Charles II right up to the early years of Queen Victoria’s reign. And of course there are a few Georgian period clocks. 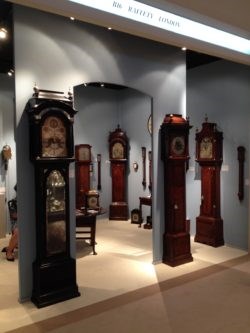 View of the Raffety Fine Antique Clocks stand B16 at Masterpiece Fair 2014. Photo by Stephen Wild 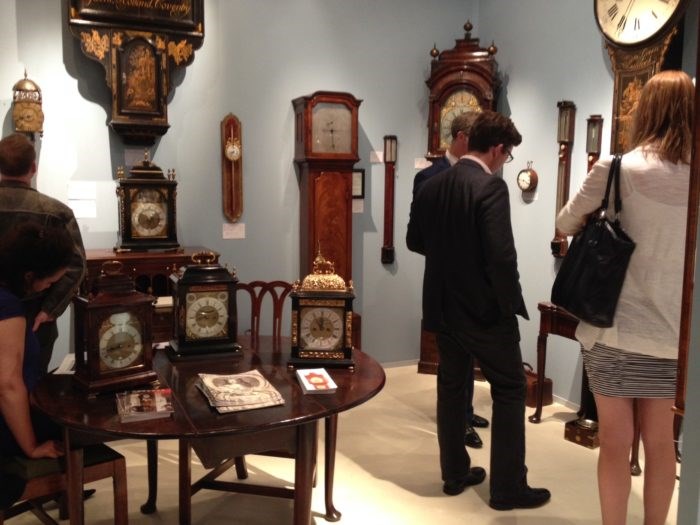 Visitors to Raffety’s stand B16 at Masterpiece Fair 2014.

We will have something to tempt every collector. There is an unusual Dutch 18th century musical longcase clock, which plays 10 tunes on a 10 ½ inch pinned cylinder plucking 25 hammers on 12 bells. The magnificent clock  is crowned with a figure of Atlas holding the world on his shoulders, flanked by two attendants. This was made in Amsterdam around 1750 by Allin Walker, a clockmaker who had a workshop in Kalverstraat.

Fresh from a visit to Shanghai, you can also see a stunning tavern clock by Thomas Green of Baldock, with a round white dial and lacquered decoration of oriental figures within a landscape of pavilions and gardens. This dates to the reign of George III. While its decoration was inspired by the exoticism of Chinoiserie, these tavern clocks came into popular use with the expansion of regular coach and mail services in England from the 1730s onwards, and could be found in coaching inns, taverns and coffee houses up and down the country, where they ensured that people were on time to catch the mail-coach. 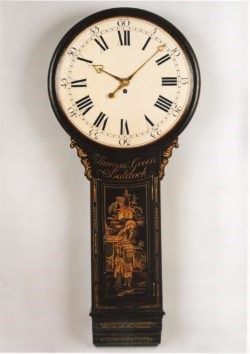 A tavern clock by Thomas Green of Baldock, circa 1785. Raffety Ltd.

Some stunning early 18th century clocks will also feature on our stand, including a magnificent walnut veneered bracket clock by Simon de Charmes and dated to about 1730. Simon de Charmes had a shop in Warwick Street near Charing Cross in the first decades of the 18th century. He had originally come to London in 1688, a Huguenot refugee fleeing the persecution of protestants in France.  He was just one of up to 50,000 Huguenots who came to England between the 1680s and 1750. This exodus of Huguenot workers deprived French industry of some of their finest craftsmen and had a dramatic effect upon English furniture, silverware, tapestries and clocks. Simon de Charmes became a Free Brother of the Clockmakers’ Company in April 1691, and is said to have built Grove Hall in Hammersmith. 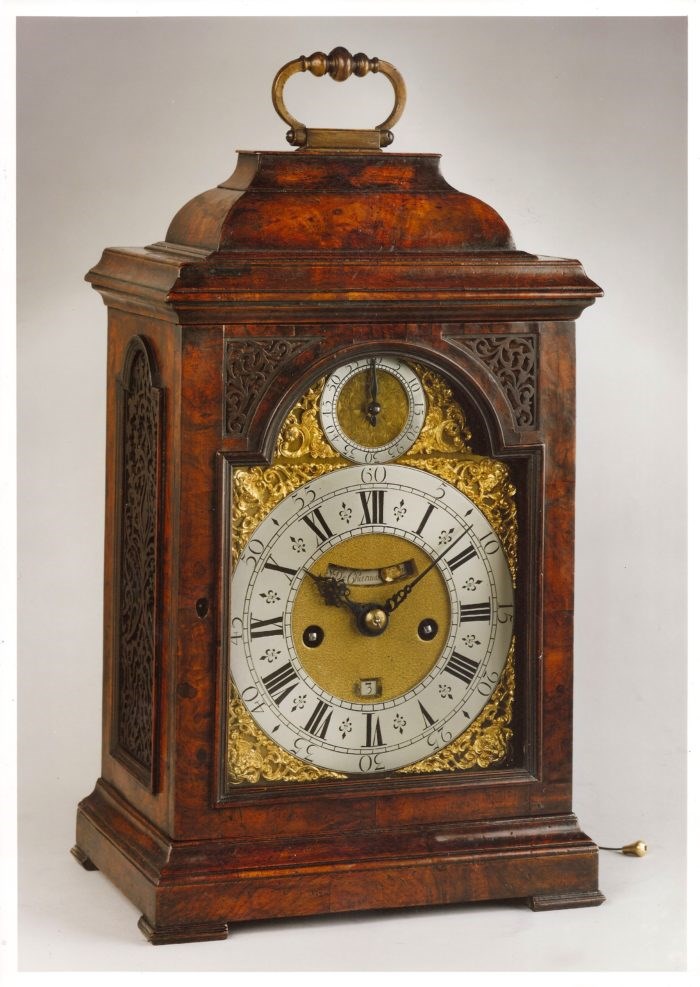 We will also have a stunning walnut longcase clock by Daniel Quare, one of the great names from the finest period of English clockmaking. He was a justly worthy contemporary of Thomas Tompion, George Graham and Joseph Knibb. He was born in 1647 and became a Brother of the Clockmakers’ Company in 1671. He went on to serve as Master in 1708. In about 1707 he took on Stephen Horseman as a partner and he continued the business after Quare’s death in 1724. Quare was known as a great innovator and among his achievements was a patent for a repeating watch and a portable barometer. Quare was an arch rival to Thomas Tompion but as a practising Quaker he would not sign any oaths of allegiance. This prevented his appointment as Clockmaker to the King. Nevertheless he was a regular visitor at the Royal Palace and was known as  ‘Quare of the backstairs’. 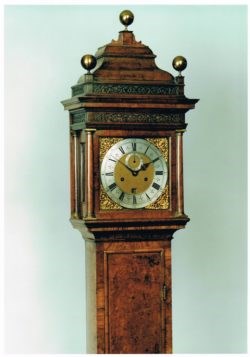 Detail of a walnut longcase clock by Daniel Quare, circa 1705. Raffety Ltd.

The example of Quare’s work we have at the show is truly exquisite, with a beautiful patina to the walnut case,  and an excellent month duration, rack striking movement that strikes the hours on a bell. 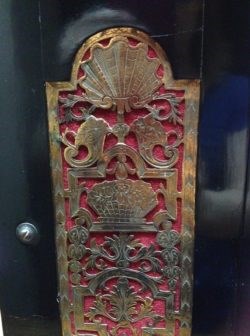 A detail of engraved brass side panels on a bracket clock – come and find it at the fair! Raffety Ltd.

Each of the clocks, barometers and chronometers on our stand has a story to tell – from the golden age of early clockmakers, to the story of Huguenot craftsman and the age of navigation. They remind us of the English fascination with the weather, and also of a long history of innovation and scientific discovery, which made Britain into an industrial powerhouse by the 19th century. 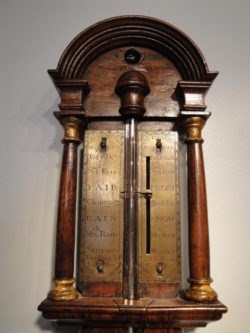 These clocks tell us about the changing tastes and fashions of the English over three centuries, about trade routes and exotic woods, about the lavish displays in grand country houses and the humbler needs of the coffee house and coaching inn. These horological wonders have watched time pass, seen Kings and Queens reign, crossed oceans and stood watch over a thousand dances and dinner parties. They continue to stand the test of time, working away, ticking and tocking and chiming the hours day after day. Now if only they could talk!