Antique of the Week: a Bracket Clock by Charles Blanchard of London

Our object of focus this week is a stylish and elegant bracket clock by London maker Charles Blanchard. Dating from the reign of George II, circa 1750, this clock, which stands 19 inches high, has a mellow mahogany case with an inverted bell top and brass carrying handle. Mahogany was only just becoming a popular choice of wood during this period, superseding walnut, and was imported from the West Indies and South America. 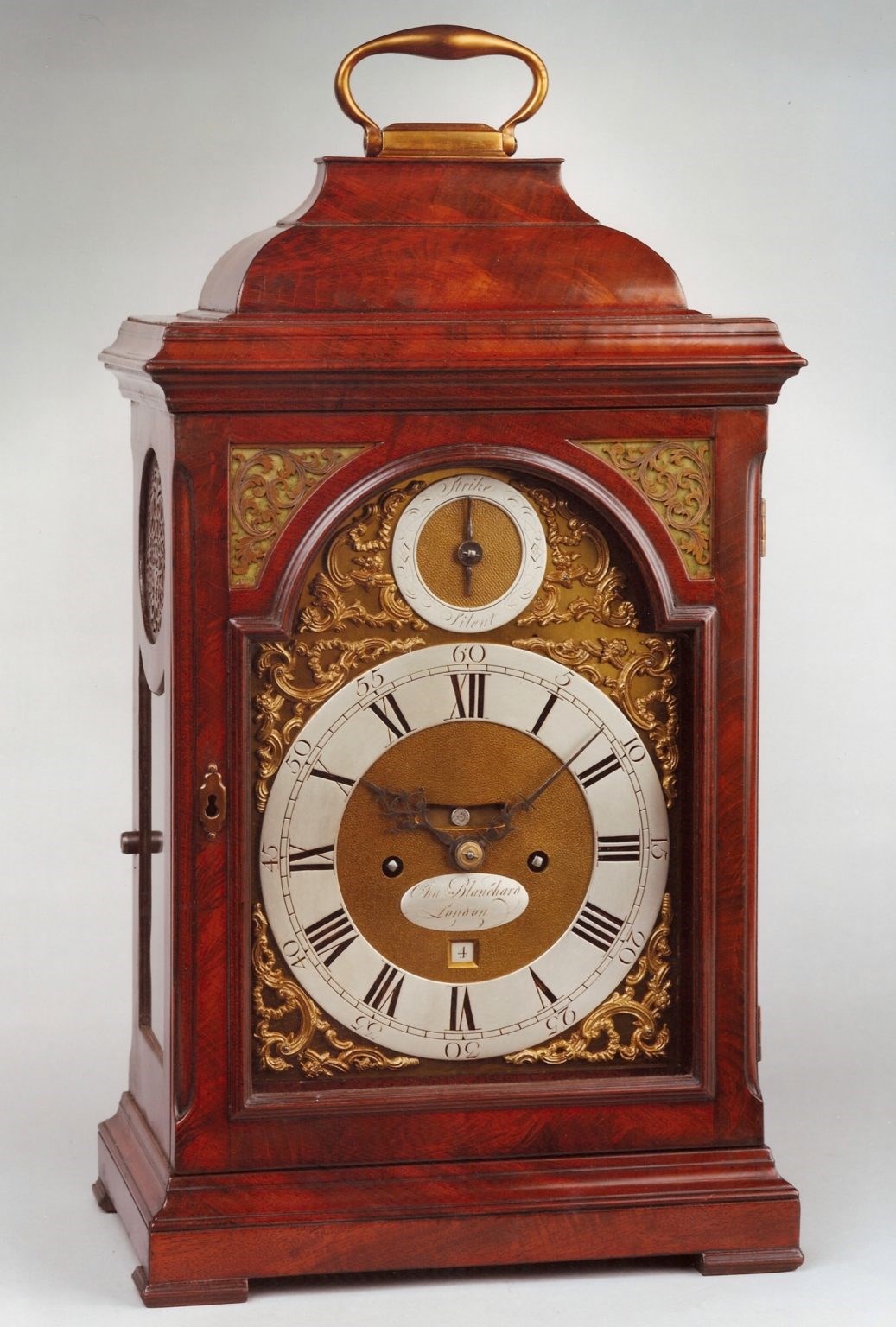 The arched dial with matted centre, mock pendulum and date aperture, is surrounded by decorative brass spandrels in a Rococo style. A secondary strike/silent dial in the arch is also embellished with Rococo spandrels. The sides are partially glazed, offering a view of the inner workings of the verge movement, with round, carved wood side frets above. Further, foliate carved sound frets flank the top of the arched dial. The dial is signed Charles Blanchard, London as is the brass backplate. The clock sits on brass block feet. 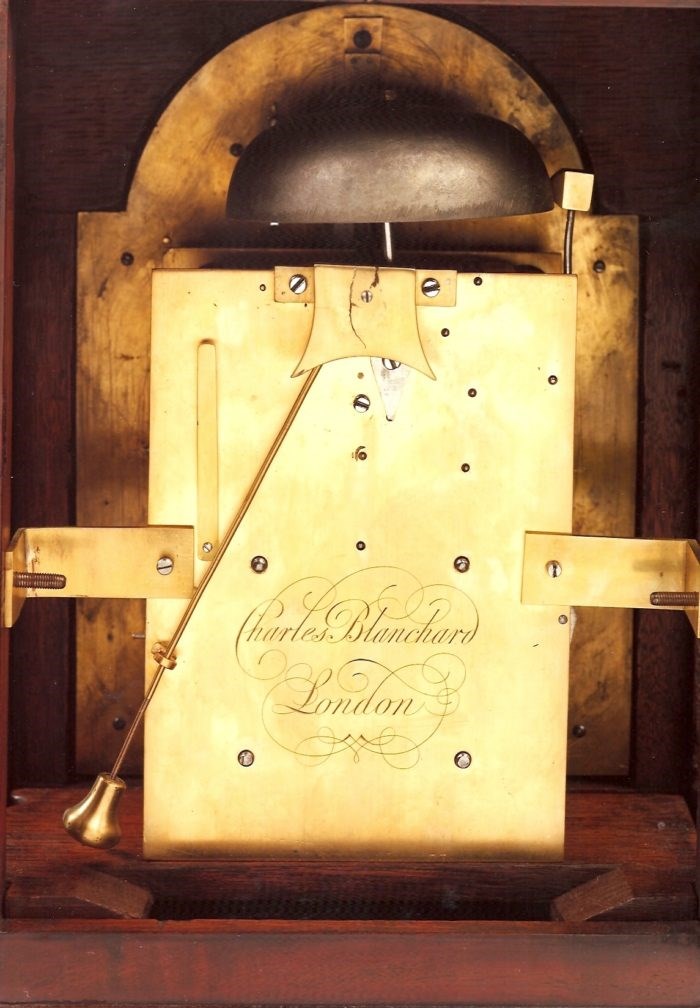 Charles Blanchard (1688-1768) is listed in Baillie’s Watchmakers and Clockmakers of the World  and probably worked in St James’s, Clerkenwell, then the epicentre for clock-making in London. This clock is perhaps a perfect example of mid-18thcentury British craftsmanship with its smart, classic style and fine clock movement. Not only was this a time when British cabinet makers were producing fine quality furniture and objects such as clock cases, using fine wood veneers and marquetry, but it was also a time when Britain was at the forefront of horological technology, producing fine quality clocks for a developing commercial market both at home and abroad. Clocks like this one by Charles Blanchard are thus as sought after today as they were 250 years ago, truly standing the test of time.