Antique of the Week: Barometers

We British are truly obsessed with the weather – it is what we discuss with strangers and friends daily, and has become our national pastime. It should not then be surprising that the British were among the first to become fascinated with barometers.

Thought to have been invented by Evangelista Torricelli in 1643, a barometer was a scientific instrument which allowed for the measurement of air pressure through the movement of mercury within a tube. While initially an instrument mainly used by scientists for their experiments, by the 18thcentury the barometer had become a very popular item in fashionable British homes, often set in a stylish, wall mounted wood case and sometimes combined with a thermometer. 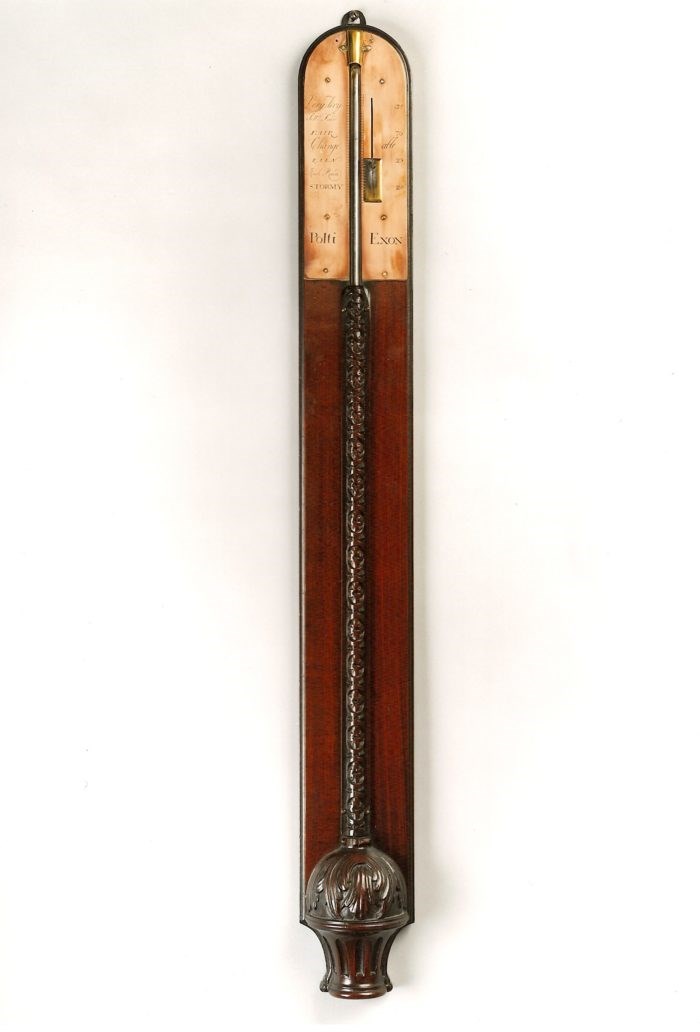 Raffety have a reputation for sourcing the very best historic examples of barometers, which are found in a variety of styles and wood veneered cases. Two fine examples currently in our collection and available to purchase include a rare and early example by Polti of Exeter (pictured above). Dating from the reign of George II, this barometer is of the stick type, the mahogany case with an elegantly carved cistern cover decorated with flower heads and a carved surround to the mercury tube. The signed register plate is of copper, with the traditional list of weather descriptions: Very Dry, Set Fair, Fair, Change, Much Rain, Stormy, which relate to a level of barometric pressure. It dates to about 1750.

Another fine example is this so-called wheel or banjo barometer (below), its name deriving from the circular shape of the measurement scale. It is veneered in satinwood with ebony banding defining the gentle rounded shape of the case. A scientifically calibrated thermometer, reading both Reamur and Fahrenheit temperatures, sits within the trunk above the main scale, and has an adjustable frame with central sight line, allowing the owner to track temperature changes. 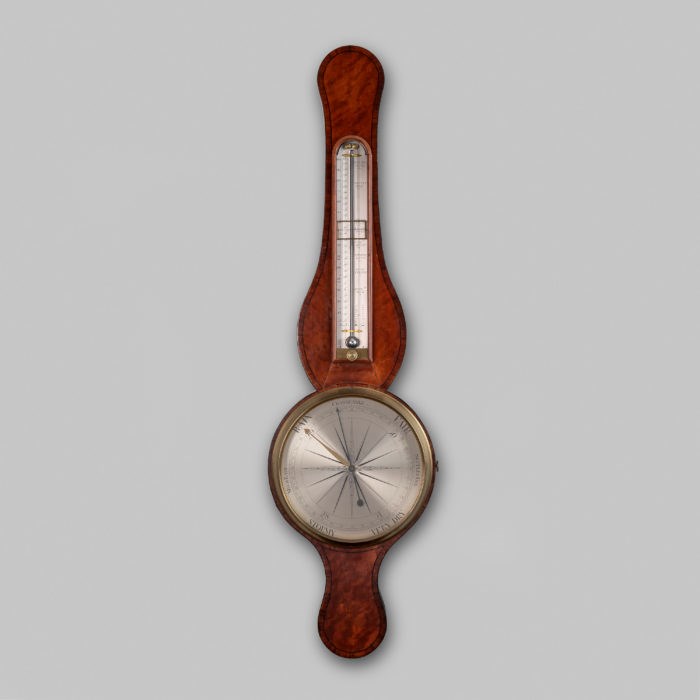 The barometer scale is of precision calibration, and is finely subdivided and decorated with elaborate compass point engraving upon the silvered dial, with the usual weather descriptions arranged around the outer edge and a moveable brass hand that again allows the user to track weather changes from day to day. This example dates from the late 18thcentury, circa 1790. 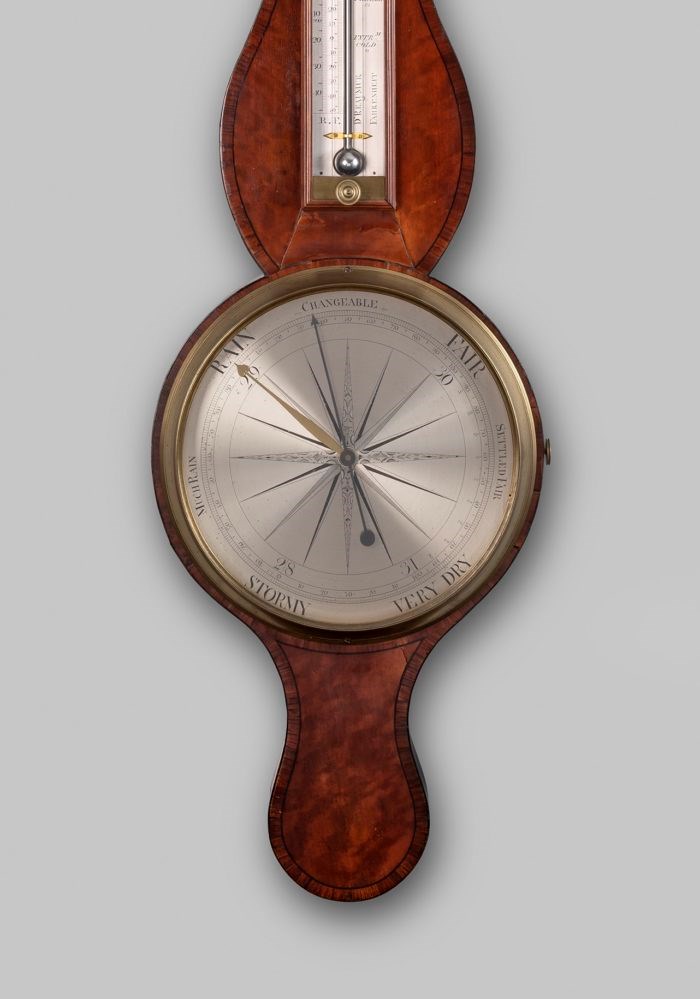 Both these barometers, produced roughly 40 years apart, are wonderful examples of the technical and scientific innovations which marked the 18thcentury, but they also show the incredible skill and style consciousness of British craftsmen of that age – these are scientific instruments paired with the fashion of the time to create something beautiful that would suit both the home of a scientist or equally that of a wealthy merchant or Lord.

Today they still offer precise measurements of air pressure and often give a much better prediction of changing local weather patterns than the meteorologist reporting the weather on the morning news – with your barometer on the wall you will always know if you need to take an umbrella with you or if it’s a good idea or not to go for that morning jog. These barometers are however more than just good predictors of the great British weather – they are the finest examples of 18thcentury craftsmanship and style and will add real beauty to your home interiors.

** Click here to see a selection of our barometers