Our collection of British antique longcase clocks date from the late 17th to early 19th centuries with a particular emphasis on the Georgian period. Our antique longcase clocks were produced by both London and provincial clockmakers in a variety of cases - walnut, mahogany, ebonised, satinwood, some including marquetry inlay or lacquerwork. Dials include brass, matted, silvered, enamelled or painted.

The earliest longcase clocks were first produced in London in about 1660, though by 1700 there were a number of excellent provincial makers operating in Liverpool, Oxford and many towns outside London. Like the bracket clock, the earliest longcase clocks boasted simple pedimented architectural hoods and were veneered in ebony, olivewood and walnut. The advent of the longcase clock, as with the bracket clock, was largely the product of practical necessity. To run for a longer duration, clocks required heavier weights and long seconds’ pendulum. Therefore, tall wooden cases were devised to provide a dust free and stable home for them. The earlier movements had short bob pendulums and verge escapements. They had square dials; it wasn’t until after 1715 that clocks were produced with break arch dials, enabling the addition of moon phase and calendar indications. Over the period the longcase clock grew in height. The early examples from the late 17th century were generally around six feet, the London examples from the 18th century could be seven feet or more, and were mostly made of mahogany or occasionally in walnut or lacquer with flamboyant Chinoiserie decoration. The longcase clock is regarded as representing the zenith of English clock making. 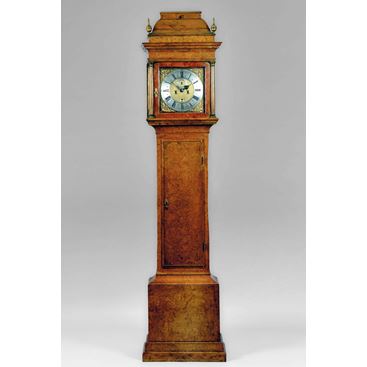 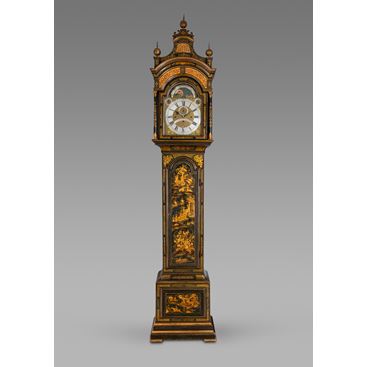 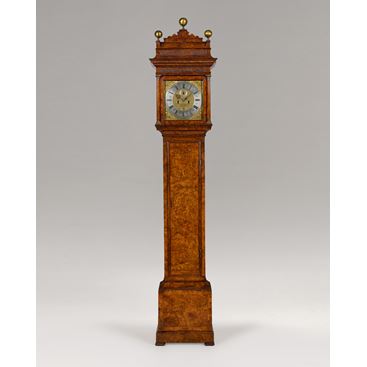 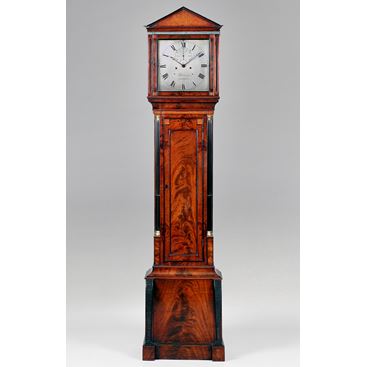 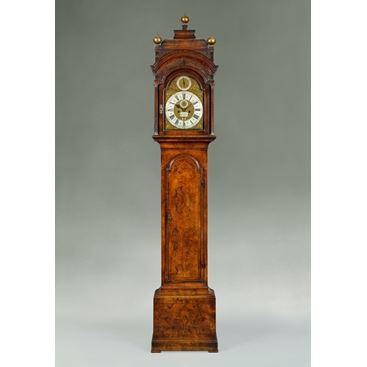 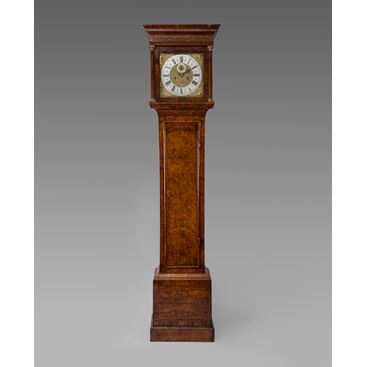 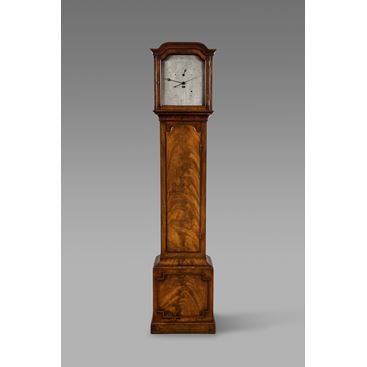 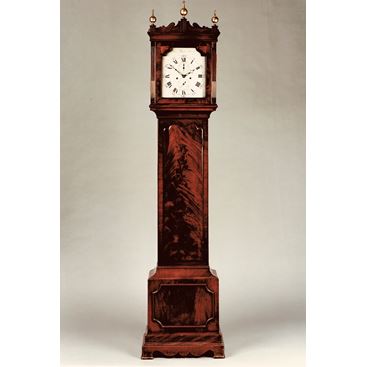 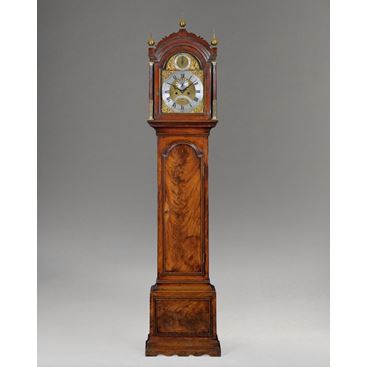 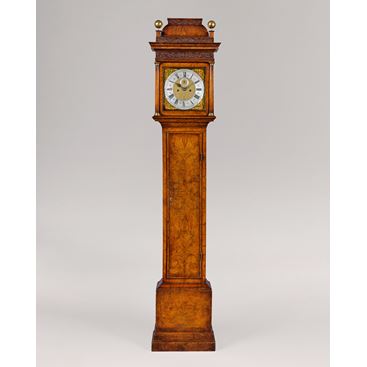