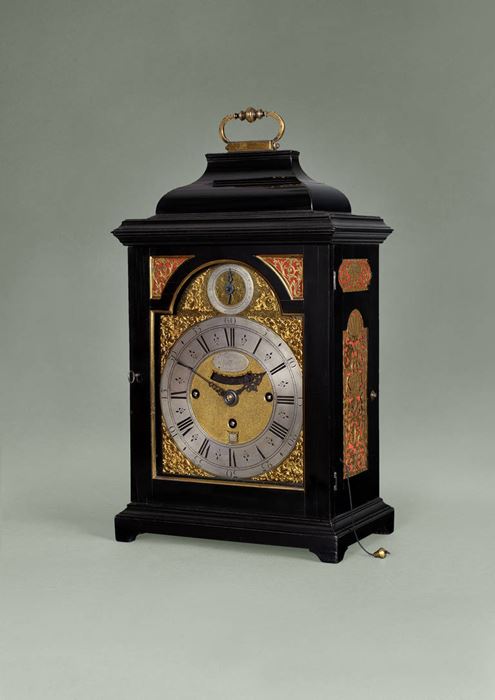 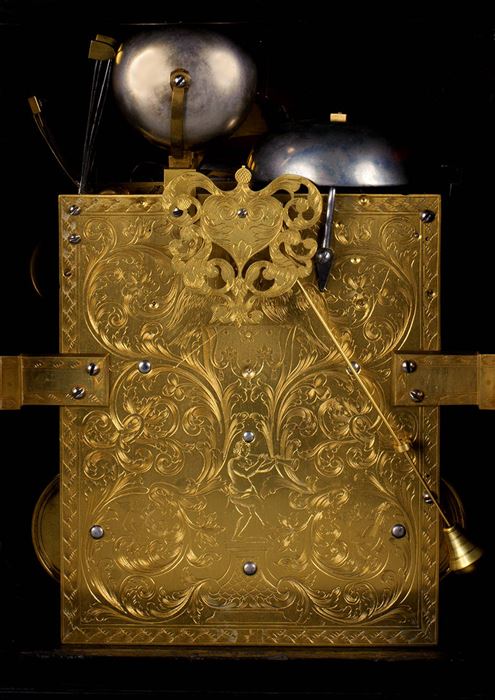 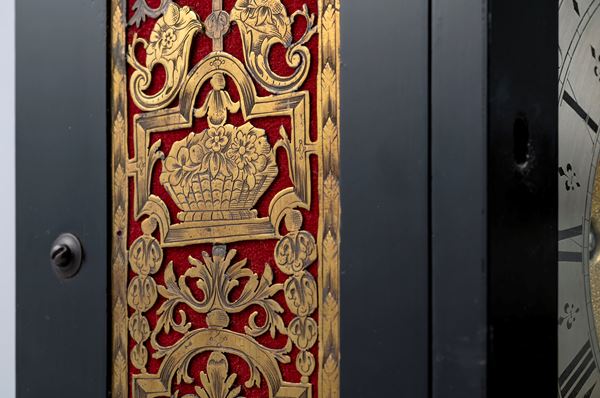 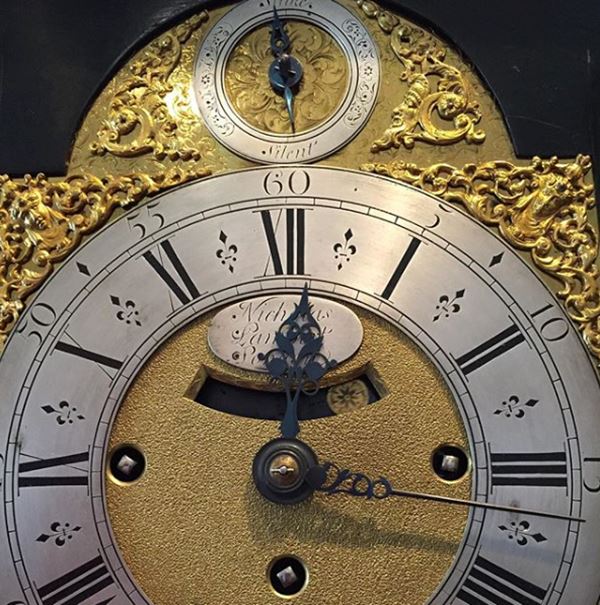 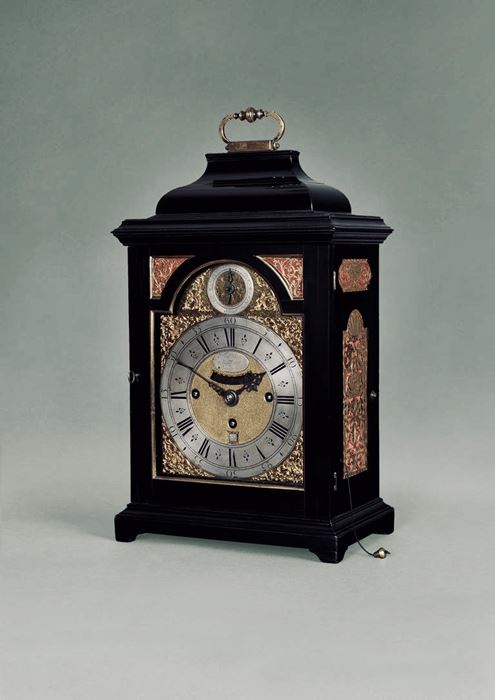 An exceptional George II period quarter-striking ebony bracket clock by this superb maker, Nicholas Lambert. The ebony moulded and veneered case has an inverted bell top, brass carrying handle and magnificent pierced and engraved frets to the sides and door spandrels. The side frets are engraved with baskets of flowers and foliage and are almost identical in style to those found on a musical bracket clock by Quare and Horseman.

The clock has an eight day movement and strikes the quarter hours on six bells and the hour on a separate larger bell. The back-plate is lavishly engraved with scrollwork, birds and figures playing various instruments within a wheatear boarder. 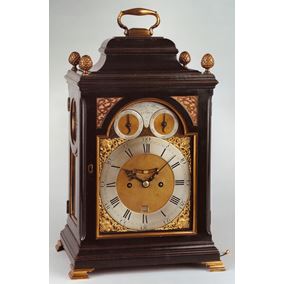 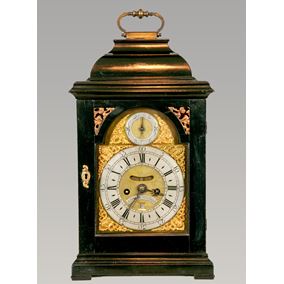 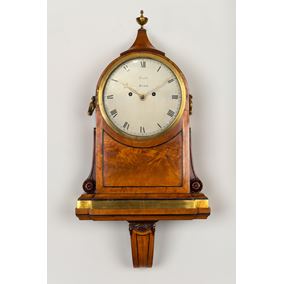 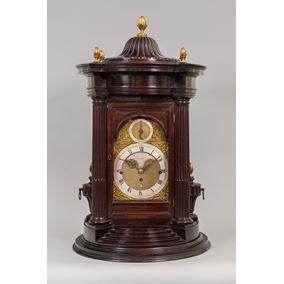 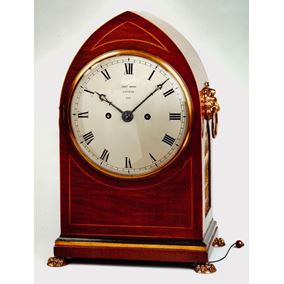 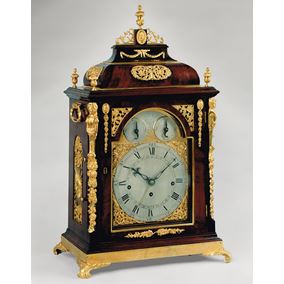 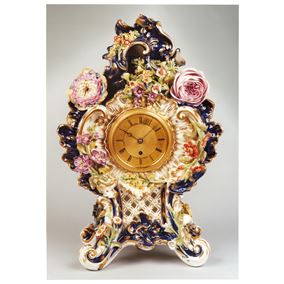 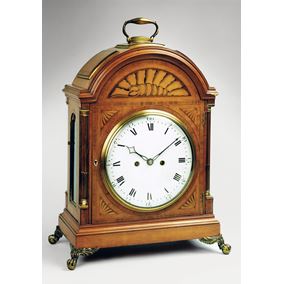