George Margetts ( 1748-1804) was born in Woodstock, Oxfordshire, the son of John Margetts, a wheel-wright. He appears to have been apprenticed to an Oxfordshire clockmaker before eventually moving to London, where he became free of the Clockmakers’ Company by redemption in October 1779.

A nice example of Margett’s work is this George III period mahogany striking bracket clock, which dates to about 1785. The clock is of smaller size, and stands 16 inches. It is currently for sale and on display at Raffety’s gallery in Kensington.

The moulded case stands on four block feet and is veneered in figured mahogany of lovely, warm and patinated colour. The sides and arched front door are inset with pierced wood and silk backed sound frets. The shallow inverted bell –top has a central brass carrying handle.

The brass dial is signed on the silvered and engraved chapter-ring, which has the nice feature of an unusual inner concentric date ring. The arch is centred by a strike/silent subsidiary ring.

The movement has a verge escapement and is hour striking on a bell. The backplate is well engraved with scrolls and is centred by an urn on a pedestal.

Margetts was far more than a run-of-the-mill London clockmaker of the later 18th century. He was in fact one of a group of clock and watch-makers who focused on the issue of precision timekeeping in the race to solve the problem of longitude. To this end Margetts produced a number of rotula or calculators associated with astronomy and navigation. He also made complex astronomical watches, chronometers and of course clocks like the example discussed above for the growing consumer market. Examples of his clocks and watches are today to be found in the British Museum, Royal Collection, Fitzwilliam Museum and the National Maritime Museum.

There is much correspondence between him, the Admiralty and the Longitude Commissioners, concerning his longitude tables and experiments with building marine chronometers, though he was generally not successful in obtaining funds from them for his work. Consequently, he became bankrupt in 1788, but it seems his work on longitude tables saved him from total ruin, finding favour with the East India Company, who bought 40 sets for 100 guineas in 1790.

Two of his best received publications were published that same year : “Margett’s Longitude Tables, for Correcting the Parallax and Refraction, on the observed distance taken between the moon and the sun, or a fixed star, whereby the true distance is accurately obtained, and the corresponding time at Greenwich…” (1790) and “Margett’s Horary Tables for shewing by inspection the apparent time from the altitude of the sun, moon, and stars…” (1790). 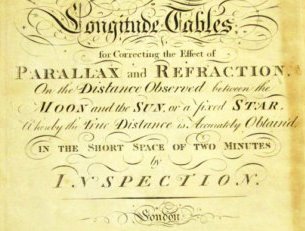 Detail of the title page of Margett’s Longitude Tables, 1790.

In 1790 he also produced a special astronomical table for the Duke of Marlborough, which helped to advertise his fine quality astronomical watches. He produced some 8 day chronometers, employing Earnshaw’s escapement, with distinctive enamel dials, one of which survives in the Ilbert Collection, British Museum. 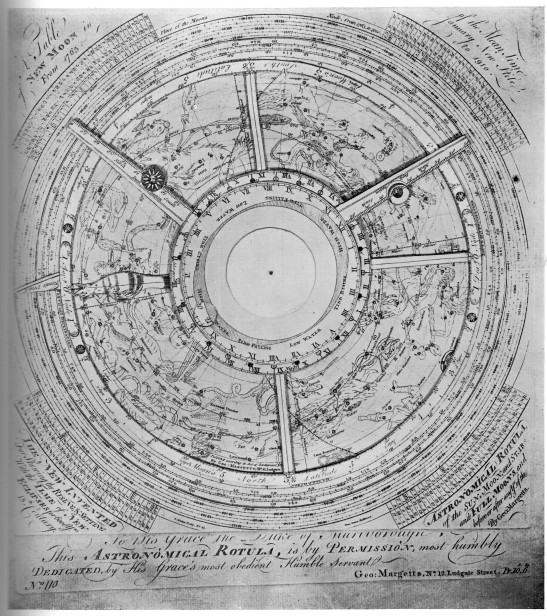 Astronomical table made by George Margetts for the Duke of Marlborough, 1790.

Margetts was based in the City, initially at 12 Ludgate Street, and later at 21 King Street and 3 Cheapside. Margetts died in 1804, apparently from lunacy. However, his business seems to have been continued for a time by his apprentice James Hatton who signed chronometers Margetts & Hatton.

by Tara Draper-Stumm and Nigel Raffety

B. Loomes, Watchmakers & Clockmakers of the World (21st Century Edition)